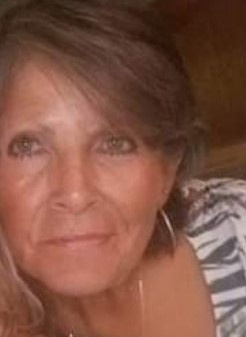 She was born August 23, 1950, in Rawlins, Wyoming, to Archie and Lena DeHerrera.

Barbara enjoyed playing pool, fishing, and camping. She also spent endless hours in her yard tending to her beautiful plants and flowers. Barbara was what some called a “spitfire,” she was full of energy and life. She lived life to the fullest and on her own terms.

Barbara was a waitress most of her life. She enjoyed meeting new people and striking up new friendships. She was currently employed at Cappy’s Restaurant and really enjoyed her short time there. She wasn’t only a great mother, sister, grandmother, and great-grandmother, but a true friend who touched everyone’s lives that she was a part of.

She was preceded in death by both parents, sisters June Montoya and Juanita Jackson, and baby brother Andy.

She will be truly missed and never forgotten. Memorial services will be held at a later date.

To order memorial trees or send flowers to the family in memory of Barbara Jones, please visit our flower store.