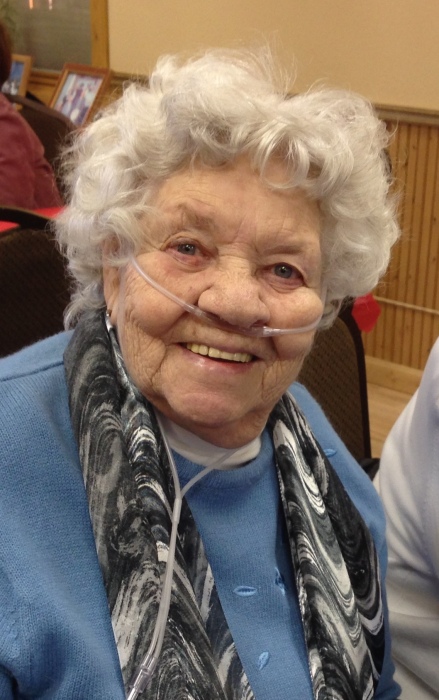 Betty Marie Herring Vyvey died of cancer March 24, at her home in Cherokee Meadows. She was 93. She was born June 18, 1928, in Encampment, the fourth child and eldest daughter of Ellis and Gladys Herring. She also had 12 younger siblings and even as a young child she had great responsibility in caring for them. From the time she was a little girl she made all the bread for her family and spent many hours making pancakes, chokecherry syrup, and frying potatoes.

She was a graduate of Encampment High School. After her marriage on Oct. 23, 1947, to Arthur W. “Fox” Vyvey, she made her home on the VX Ranch until their retirement in 1990.

As a rancher’s wife, she helped with many ranch duties including feeding cattle, caring for orphan lambs and calves (often in the house), haying, and feeding everyone. The coffee pot was always on at the Vyvey home. At the time of her death, she was the oldest pioneer resident of Encampment. She worked on Monday afternoons for more than 30 years as a volunteer at the Grand Encampment Museum.

She is also survived by brothers Francis Herring of Encampment, Orville Herring of Montrose, CO, and Stuart Herring of Fort Collins, CO; sisters Nancy Pitre of Omaha, NE; Margaret Clabaugh of Powell, WY; Patricia Stites of Martinez, CA; and LeDawn Vorn of Encampment. She had dozens upon dozens of nieces and nephews, other relatives, and close friends made during a lifetime well lived.

She was preceded in death by the love of her life, Fox Vyvey; her parents; brothers George, Eugene, Harry Robert, Earl, Kenneth, Lloyd, William, and sister Cheryl.

To order memorial trees or send flowers to the family in memory of Betty Vyvey, please visit our flower store.