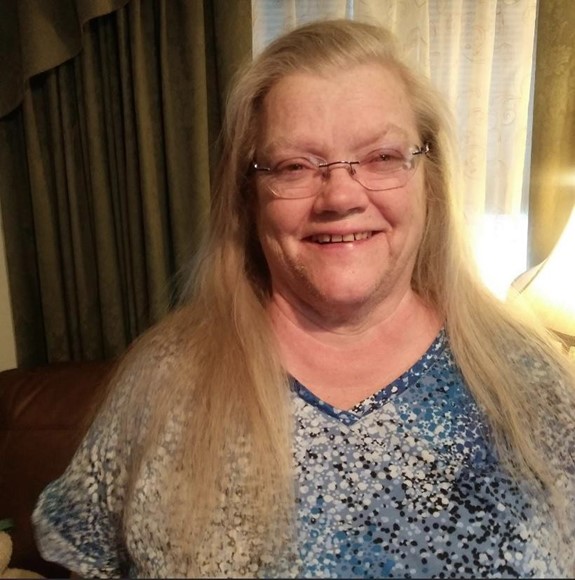 Cinthia Ann Brown, of Rawlins, Wyoming, was welcomed by the angels on May 14, 2022. She passed from this life at the Wyoming Medical Center in Casper, Wyoming, she was 63 years old.

She was born Cinthia Ann Lumpkins in Aguadilla, Puerto Rico, to Maxine Dobson Lumpkins and Billy Dean Lumpkins on March 31, 1959; her father was stationed in Puerto Rico with the United States Air Force at the time. She attended schools in Kimball, Nebraska, graduating from Kimball County High School in 1978.

Cinthia married the love of her life, Mark Leroy Brown on September 4, 1982, in Mound City, Kansas. Two daughters were born to their union, Valory and Hallee. Cinthia worked as a waitress and cashier at several establishments and ended her “career” the same way she started as a homemaker extraordinaire when her health would no longer allow her to work outside the home.

Cinthia was a member of the Pentecostals of Rawlins United Pentecostal Church where she was very active in Sunday School; her greatest ambition in life was to be a Sunday School teacher and she fulfilled that ambition admirably, she loved teaching and she loved all the children, especially the “stinkers.”

Cinthia was a very “crafty” lady making everything beautiful, she made and decorated cakes, worked in her flower garden; she enjoyed camping, bowling, babysitting her grandchildren and indulging in her addictions: Walmart and Hobby Lobby.

Cinthia was preceded in death by her husband of 37 years, her parents and other family members.

Cinthia was full of the joy of The Lord, and it showed in everything she did. She and Mark took many, many foster children into their home, doing their best to make them all feel loved and cared for. She was a friend to everyone she met, and would do anything for anybody. She will be greatly missed.

Cremation is taking place under the direction of Jacoby Funeral Home.

A Memorial Service will be held at 6:00 PM, Thursday, May 26, 2022, at the Pentecostals of Rawlins, 102 E. State Street, with the Reverend A. Matthew Pearce presiding. The service will also be broadcast via Facebook Live at https://www.facebook.com/PentecostalsofRawlins.

To order memorial trees or send flowers to the family in memory of Cinthia Brown, please visit our flower store.