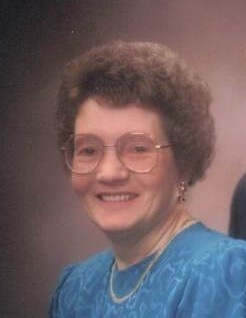 Dixie Faye Shea, resident of Laramie Care Center in Wyoming, passed away on October 14, 2021, at the age of 89.

Dixie was born in Missouri. She spent her younger years in the Nebraska Sand Hills with her grandmas Wallace and Pancake, whom she dearly loved. She was later raised by her adoptive parents Lysle and Cecelia Barnt in Ogallala, Nebraska where she graduated High School.

After divorcing Ed Caldwell, Dixie married Eugene Shea and the couple resided in Rawlins, WY with the three girls.

Dixie enjoyed doing crafts, traveling, bingo, and her grandchildren. She  spent many weekends (normally with friends and family) out in the RV with the boat.

Dixie was preceded in death by her parents, her husband Eugene, two sisters Jean and Connie, and two brothers Riley and Ronald.

The viewing will be held at the Jacoby Funeral Home in Rawlins, Wyoming, on October 22, 9:00am through 12:00 Noon. Services are at the Hanna Cemetery at 1:00 o’clock. Refreshments and fellowship will follow.

To order memorial trees or send flowers to the family in memory of Dixie Shea, please visit our flower store.