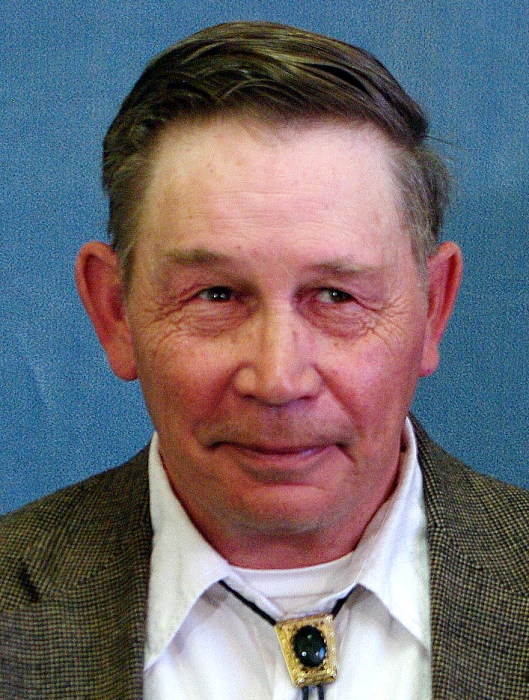 Last week’s news of the unexpected death of Freddie Williams, one of the valley’s most loveable characters, spread like wildfire throughout the community.

Spreading just as fast were the many stories of his life and times here, especially from friend to friend and over the internet.

Among those were: “My heart hurts to hear of Freddy’s passing. Once in a while we are blessed to have someone come along who makes us sit up and take notice. Freddy was just part of Saratoga. He made his mark, stopped to visit or help out, and say hello. He was part of the town charm. God rest his soul.”

This Saturday morning friends and family of Fred Kent (Freddie) Williams are invited to continue telling their stories and sharing memories at a celebration of life at 10:00 a.m. in the Saratoga Presbyterian Church, followed by a military and Odd Fellows service at the graveside in the family plot at the Saratoga Cemetery where his cremains will be interred.

A friend wrote, “Fred was a very special person—a sweet soul. He was always ready with a wave when you saw him walking down the street. I saw that big wave for the last time on Wednesday morning.  I shall miss him. May God give you comfort & strength in this time of loss . . . .”

He was born March 29, 1956, in Laramie, Wyo., to Martha G. Brown and Oliver Kent Jones, and as a child he was later adopted by Dale Williams. Freddie grew up and attended school in Laramie and Cheyenne before moving to Saratoga in 1973 where he attended high school and was a member of the 1974 state champion wrestling team. He graduated from Kelly Walsh high school in Casper in 1974 and then entered the Navy.

Following his discharge from the Navy in August of 1977, he returned to Saratoga and was working in the woods when he suffered severe brain and bodily injury in a pickup wreck which killed his best friend and injured his cousin. After more than a year of medical treatment at the Veterans hospitals in Denver, Colo., and Sheridan, Wyo., and more rehabilitation at the Wyoming State Hospital in Evanston, Freddie returned to Saratoga where he lived for the next 45 years.

Upon hearing of his death a fellow co-worker and friend writes: “I am so sorry to read this news. From the first time I knew him (before his accident) he was really always the same--a smile for you and ready to help, plus he ALWAYS asked how my family was doing. Saratoga Streets just won't be the same without him walking up and down them. . . .Will sure miss Fred, always so polite and friendly.”

Despite his injuries, Freddie, did odd jobs, volunteer work and remained independent with the help of his family, especially grandmother, mother, step-father and younger brother and sister, plus scores of friends and caregivers.

Freddie was a member of the First Presbyterian Church of Saratoga, Independent Order of Odd Fellows, American Legion Angus England Post 54. plus a volunteer for many community projects. He also was a regular at the “Old Geezers Coffee Clutch” as well as “acted” in the many melodramas over the years.

During the past week family and friends honored Freddie with such accolades as: “He was such a special guy. . . .Freddie always reminded me of the fun we had doing melodramas! He would say ‘We sure had fun, didn’t we!’ And he was so right! We had a great time. . . .I loved getting to know Fred! He was always so kind! . . .Freddie will be fondly remembered…Always greeted by his smile and kindness! . . .Very friendly guy and was always asking how my family was doing. . . .He was a comforting presence in our town. . . .We always thought of Freddie as the Town Mascot. . . .Fred was a fixture to all who knew him in Saratoga. He will be missed. Fred was a true friend to the whole town!”

A nephew recalls, “Uncle Freddy was a staple in Saratoga. He always helped, usually for a soda or coffee. Like grandma he was always in the stands cheering for me in any sport I played, he really loved that I wrestled though. Gonna miss you Uncle Fred but I know you're ‘not 3 bad!’"

For those wishing to further honor Freddie’s memory a memorial fund has been established at the First Presbyterian Church of Saratoga, P.O. Box 116, Saratoga, WY 82331.

Cremation has taken place under the direction of Jacoby Funeral Home of Rawlins.

A fitting tribute to Freddie appeared in last week’s “Saratoga Sun” along with many more kind words in conversations throughout town and online.

To order memorial trees or send flowers to the family in memory of Fred Williams, please visit our flower store.