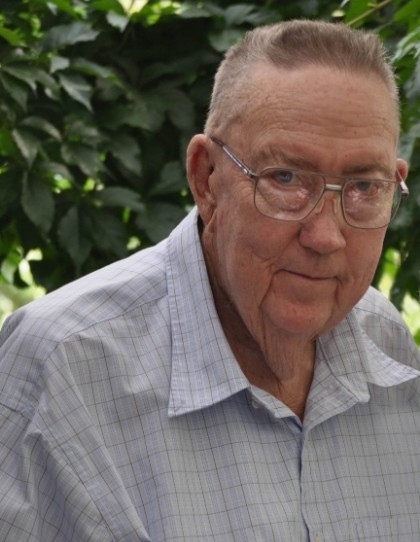 Albert Norman Wilson of Rawlins, Wyoming, passed away on October 17th, 2021 at the Wyoming Medical Center in Casper, Wyoming.

Norman was born in Rawlins on March 9, 1932 to Gilbert and Marguerite Wilson. He was raised in Rawlins and educated there. He had resided in Rawlins all his life until April of 2021 when he moved to an Assisted Living Facility in Casper, Wyoming.

Norman married Margaret Cairns September 5, 1952 and they had been married  68 years, when Margaret passed away.

In Norman’s earlier years, he operated the L and R Service Station  at 2nd and Cedar Streets in Rawlins, also operating a service station in Riverton, WY.  Norm joined the Rawlins Police Department in 1964 and attended many classes and seminars over the years, to become a better Officer of the Law.  He was the Chief of Police in Rawlins, until his retirement after 22 years of service.

Norman loved to hunt, was a great welder and mechanic.  He built his own airboat and enjoyed time spent on the Platte River with family and friends, speeding along the River.

Norman always enjoyed his grandchildren. He and Margaret always supported their granddaughters during volleyball and basketball seasons, attending games and cheering from the sidelines.

Oh, let’s not forget that Norman loved jokes and loved to play jokes on family and friends!

The family is planning a graveside service on Saturday, October 23, 2021 at 1:00 PM at the Reader Cemetery in Savery, Wyoming.

To order memorial trees or send flowers to the family in memory of Albert Wilson, please visit our flower store.