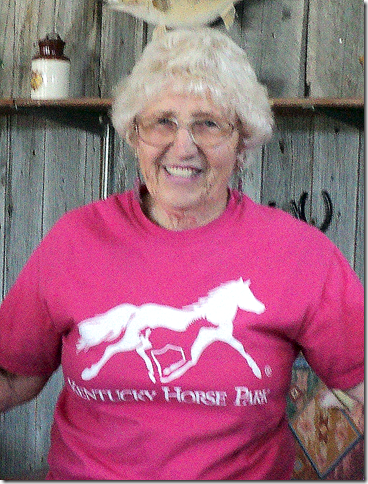 Betty Jean (Wiant) Dean Funeral services for Saratoga area native and "Card Lady" Betty Jean (Wiant) Dean, 84, are scheduled for Saturday, Nov. 9, 2019, at 1:00 p.m. in the Valley Chapel. The celebration of life will be conducted by The Rev. Steven Niccolls, pastor of the First Presbyterian Church of Saratoga, followed by a Rebekah ceremony. Folks attending the service are encouraged to dress in their finest "western duds" in honor of Betty who was known for her flashy boots, cowboy hats and calico dresses. Interment will be in the family plot at the Saratoga Cemetery. Betty passed away Oct. 30 at the Saratoga Care Center hospice unit. She had been in failing health for over a year. She was born June 14, 1935, in Laramie to Ruth Marie and Charles M. Wiant and grew up on the family ranch east of Saratoga. Betty attended Saratoga schools, graduating with class of 1953, after which she attended the University of Wyoming. She left Wyoming in 1960 to live in Reno, Nev., and ranches near Gerlach, Nev., until 2006 when she moved back to Saratoga. Active in the First Presbyterian Church of Saratoga, Betty served as Deacon, Financial Secretary, leader and reporter of the Adult Bible Study, and "Card Lady". Her mission was to send cards to hundreds of folks for all occasions, including birthdays, anniversaries, illness, accomplishments, death, or just to spread joy. In addition to her church work she also wrote a monthly newsletter to her friends, classmates and relatives as well as organizing many class and family reunions. She was a lifetime member of Rebekahs for 70 years, holding both local and state offices. Betty was also a volunteer at the Saratoga Care Center and Food Bank as well as a regular at the Saratoga Senior Center. She loved to travel and took many trips with the Heritage Club, her family and friend Betty Eaton as well as with the Odd Fellows and Rebekahs. She was preceded in death by her parents, a sister Shirley Hansen and husbands Irv McKinney and Ernie Dean. Survivors include brothers Paul (Vicki) and Jim (Sherry) Wiant; sisters Frances Kirby, Peggy Baluska (Leroy) and Patty Wiant; step-children Lola Bennion and Bill McKinney, grandchildren, numerous nieces and nephews, and special friends Betty Eaton and Barbara Runner. Memorials may be given to First Presbyterian Church of Saratoga, Box 116, Saratoga, WY 82331 or the local Food Bank. Jacoby Funeral Home is in charge of arrangements. Tributes and condolences may be offered online at www.jacobycares.com

The celebration of life will be conducted by the Rev. Steven Niccolls, pastor of the First Presbyterian Church of Saratoga, followed by a Rebekah ceremony. Folks attending the service are encouraged to dress in their finest "western duds" in honor of Betty.

To order memorial trees or send flowers to the family in memory of Betty Dean, please visit our flower store.