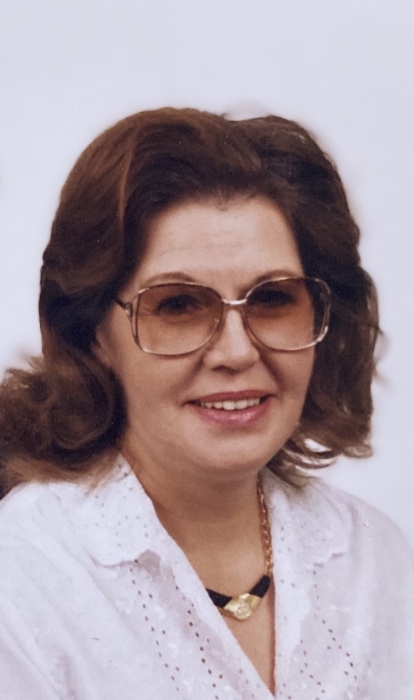 Betty was born on December 16, 1935 in Peoria Illinois.  Betty liked to fish and she liked ice skating, both figure skating and hockey.  Her mother and father separated when Betty was about 8 years old.  She and her mother moved to Nebraska with her two great uncles on her mother's side, Bill and Chance Trowbridge. Betty graduated from Haigler High School May 22, 1957 and was very proud of that.

She later married Edward Earl Ogden and they lived in Haigler.  She went to Norfolk Virginia with Ed and then returned to Haigler when he went overseas.  She gave birth to twins William Earl (Bill) and Ruby Louise on June 15, 1959 in Wray Colorado; James Jaye was born on June 23, 1965 in Wray; and Roy Elwin was born on May 6, 1969 in Seward Nebraska.  Betty was a homemaker while the children were young. Ed was in the Navy and they moved around due to that.  A few places they lived: San Diego California, Chula Vista California, back to Haigler Nebraska, Milford Nebraska, Denver Colorado, Lamar Colorado and finally settling in Rawlins Wyoming in 1974.

Betty worked for years as a meat cutter for Safeway and at Beelers Taxidermy; she then worked many years in the x-ray department at Memorial Hospital of Carbon County.  She married Lawrence (Larry) Mohror and she owned Bettys Carpet Cleaning business for many years.  Betty enjoyed helping people.  She loved dogs, especially her beautiful Ginger, and Scout!  She and Larry took trips to visit Larry's family and they sometimes went to Riverton, Betty liked to play the slot machines.  Larry and Betty were both retired and Larry passed away in 2012. Betty remained independent up until the time she fell and broke her hip.

To order memorial trees or send flowers to the family in memory of Betty Mohror, please visit our flower store.