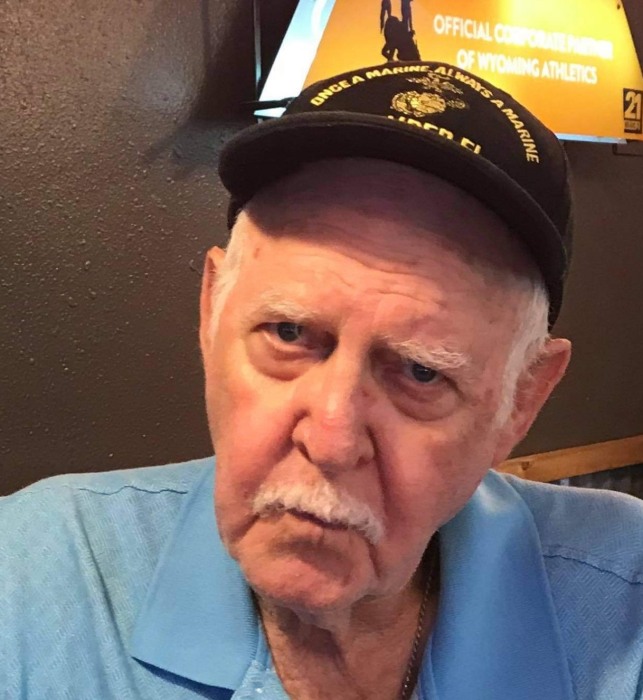 Charles Eugene Rodabaugh of Rawlins, WY passed away April 22, 2021 at Wyoming Medical Center in Casper, WY at the age of 81. He was born in Wheatland, WY on July 30th 1939 to
Jesse and Ilia (Campbell) Rodabaugh.

Chuck graduated from Rawlins High School in 1957, he then entered the United States Marine Corps in January 1958 and was Honorably Discharged in November 1961 and was awarded the Good Conduct Medal with his rank of LCp. Upon his return to Rawlins he then began his career with the Union Pacific Railroad as a clerk in the depot, in 1974 he became a brakeman/conductor retiring after 35 years of service. He then started working at the Wyoming State Penitentiary and retired from there after 9 ½ years as a Correctional Officer. Then began a 15 year career with Wackenhut/CIG as Security Officer. So at the age of 76 Chuck completely retired. Also during this time Chuck was a full partner in C&L Ceramics with his wife Linda.

A graveside service with Military Honors will be held on Saturday, July 17, 2021 at 11:00 AM at the Rawlins Cemetery.   Condolences and memorial donations may be sent to Linda Rodabaugh,1221 North Jeffers Drive, Rawlins, WY 82301.

To order memorial trees or send flowers to the family in memory of Charles Rodabaugh, please visit our flower store.