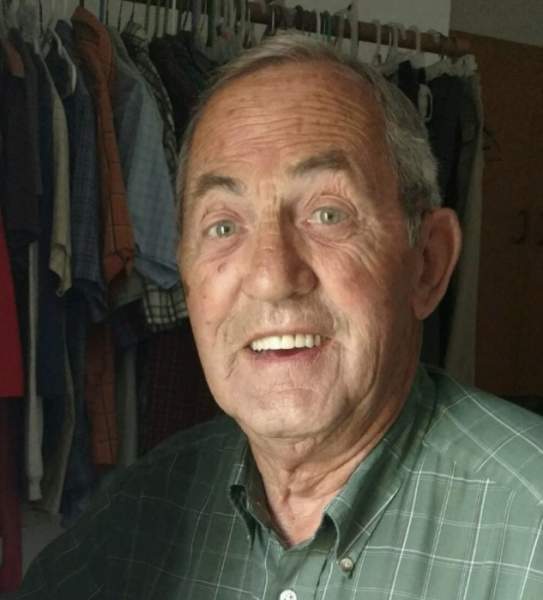 Your Wings Were Ready But Our Hearts Were Not

Clair Joseph “Kelly” Hawbaker, 77, passed away on Wednesday, April 15, 2020 at the Rawlins Rehabilitation and Wellness Center in Rawlins, Wyoming following a short illness.

He was born May 16,1942 in Scobey, Montana to parents Harvey Roy Hawbaker and Edith Miranda (Hrabik) Hawbaker, one of 11 children.  The family lived in Peerless, Montana where he graduated from high school. He also attended college in Billings, Montana and business school in Denver, Colorado.  He served in the Army Corp of Engineers and was also a saddle bronc rider, ranch hand and participated in wagon trains. His work experience included working in retail stores, as a loan office employee, a brakeman on the Union Pacific Railroad and maintenance director for Carbon County School District 1 until his retirement after 26 years. During retirement you’d find him having coffee three times a day with friends at Square Shooters, Cappy's and Penny's Diner.  He was also his grandson Owen’s personal chauffeur, confidante and best friend.

Cremation has taken place under the care of Jacoby Funeral Home. A Celebration of Life will be held at a later date in Rawlins due to the circumstances.  Interment of ashes will also be held at a later date in Kanorado, Kansas. As an expression of sympathy, memorial contributions may be made to Pet Partners of Carbon County, Rawlins Rochelle Animal Shelter, or Carbon 1 Special Olympics of Wyoming.

To order memorial trees or send flowers to the family in memory of C. J. "Kelly" Hawbaker, please visit our flower store.