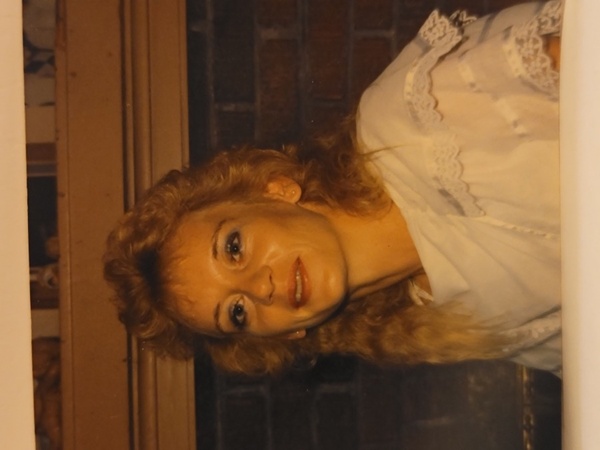 Deborah “Debbie” Lynn Leroux was born on 12/29/1959 to Donal and Judy Kinsley in Trinidad,

Colorado. Debbie was the 3rd of 5 children, and the eldest daughter. Her older brothers and

their wives, Micheal Ornelas (Theresa), Robert Kinsley (Addie) and her younger sisters and their

husbands, Rhonda Avila (Sonny) and Kinsa Billings (Jesse). Debbie is preceded in death by her

(Donnie) and Rachel Pantier (Josh). Their children then blessed them with 15 grandchildren and

are working on 8 great-grandchildren.

who were very important to her and held a piece of her heart.

Debbie spent most of her time keeping Ed out of trouble, while Suzie on the other hand, didn't

really care as long as she was not inconvenienced with his shenanigans. In her free time she

was enjoying time with family and friends. Debbie enjoyed camping, reading, and fantasy

football and on game days she co-coached the Broncos loudly from her couch. Debbie came by

her conversational ability honestly, and passed the gift of gab along to her daughters. It was not

uncommon to have phone calls with her that lasted for hours, often delaying dinner for Ed and

their pups but Suzie didn’t give a shit. Debbie had so much real love that she showed her family

and friends without limit. She poured so much time and dedication into her kids and was

determined to make sure her family was taken care of.

Many men are and will suffer what I am feeling. God has taken half of my soul. I have been

sorley blessed. I was one of the lucky few that married a woman that loved me unconditionally.

That is the only way two people stay together through the sins and offenses of the other.

She has always been a child of God. On loan to me. I just hoped it would be for a while longer,

a long while. I wish that I had honored her more fully in life. Her smile, green eyes and love for

all are what will be what I miss the most. She was a staunch advocate for those that needed

advocacy. She could give you the LOOK meaning you have overstepped your bounds. Anyone

that suffered that glare understood immediately that they were in territory beyond their abilities.

Deb I will never stop loving you, or missing you. I will not be foolish. I will be here for our kids,

their babies and their babies’ babies for as long as God will allow, I promise, amen.

To order memorial trees or send flowers to the family in memory of Deborah Leroux, please visit our flower store.