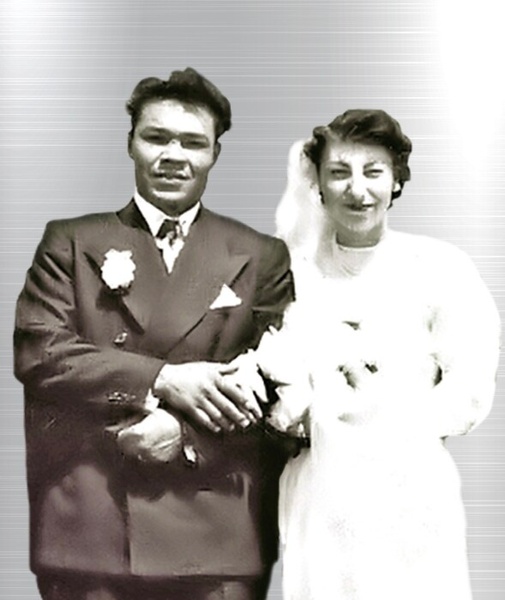 Delia Romero Valencia, 93, shuffled off this mortal coil on November 1, 2020 in the hospice unit at Victoria Care Home of Fresno, California. Death was welcome; it granted surcease of pain from a herniated tumor in her stomach as well as the lingering loneliness, isolation and indignities inflicted by Alzheimer’s disease.

She suffered most of her life from glaucoma and macular degeneration and was legally blind. She was a very kind, sweet and religious lady who wore her rosary around her neck at all times.

Delia was born April 27, 1927 to the late Esteban and Josefa Romero in Rawlins, Wyoming. After graduating from Rawlins High School she attended New Mexico State University, where she received a Bachelor of Education degree and taught secondary education for 25 years before retiring.

She met Dr. Atilano Valencia in Rawlins, where they would marry in a double ring ceremony on August 21, 1948. They made homes at various locations in the United States, spending most of their time in Las Cruces, New Mexico, where Dr. Valencia was a Professor of Education at New Mexico State University. He was also active in teaching bilingual/bicultural education programs and their implementation to school teachers and administrators.

After retirement they moved to Fresno, California, where Atilano died October 27, 2001. Delia was also predeceased by her mother Josefa Martinez Romero in 1967, her father Esteban Romero in 1989, her sister Ida in 1964, her brother Arturo in 2017 and a nephew Arthur Romero in 2014.

A funeral Mass will be held on Friday, June 4, 2021 at 10 a.m. at St. Joseph’s Catholic Church in Rawlins, Wyoming. Burial will follow at the Rawlins Cemetery. In lieu of flowers, donations are appreciated in memory of Delia Valencia to the National Glaucoma Research, American Macular Degeneration Foundation or Alzheimer's Association - Help Fight Alzheimer's.

To order memorial trees or send flowers to the family in memory of Delia Valencia, please visit our flower store.