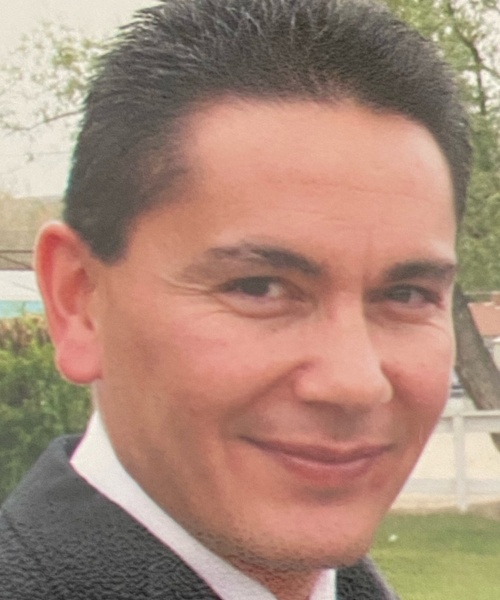 Eloy Gonzales Jr. was born in Rawlins, WY to Eloy Sr. and Aurora Gonzales. Eloy Jr. was the youngest of 13 children.

Eloy Jr. grew up in Rawlins where he enjoyed playing all sports throughout his school years but his all-time favorite was football and wrestling. After graduating from Rawlins High School, he worked at McMann Motors, Northern Gas and the Wyoming State Penitentiary but found his permanent job at Sinclair Refinery where he worked for 25 years.

Eloy Jr. met the love of his life Beatrice in 1998 they married on June 3rd, 2006. Eloy Jr. and Beatrice had two children Mariah and Gabriel, one grandchild Avayah.

Eloy Jr. was competitive, self-learning and if he didn’t know how to do something, he made sure to learn how.

Eloy Jr. was well liked throughout the community from young children to older adults he was loving, kind, patient, respectful and a hard-working husband and father who always provided for his family. He would help anybody who needed his help. There was not a mean bone in his body.

Rosary, funeral and burial will be held on Monday December 14, 2020 at 10:00 am at Saint Joseph’s Catholic Church.

Due to Covid limited seating will take place but you are more than welcome to come and sign the book and show your respect.

No dinner will be held due to Covid.

To order memorial trees or send flowers to the family in memory of Eloy Gonzales, Jr., please visit our flower store.

Rosary and Mass of Christian Burial