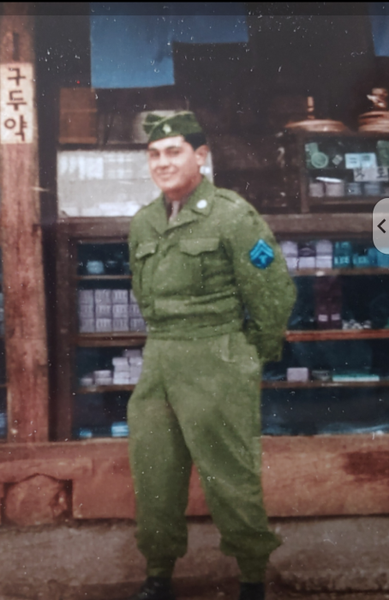 Eloy Gonzales Sr. of Rawlins, Wyoming passed away surrounded by his family on Saturday,January 4, 2020 at Memorial Hospital of Carbon County, at the age of 92.

Born in San Pablo, New Mexico, Eloy served in the U.S. Army as a Communications Specialist.  He served In Korea where he learned the Korean language which he exercised whenever he could.  After his military service, Eloy worked at the Wyoming State Penitentiary and the Union Pacific Railroad.

He was preceded in death by his parents Juan and Secundina Gonzales, his infant son Daniel, his grandson Andy Vigil, and daughter-in-law Di Gonzales.

Eloy was a fan of boxing, football, and wrestling.  He enjoyed reading the bible and religious books.  He liked to gather with friends and family, listened to a variety of music and enjoyed dancing.  Other activities he enjoyed included hunting and fishing.  He was a collector of hats and military memorabilia.  He kept track of everyone’s birthdays and anniversaries and he never failed to call on those days.  His sense of humor was a joy for everyone.

Eloy shared love, wisdom and guidance with all.  He touched our lives in unmeasurable ways that we will carry in our hearts for the rest of our lives.

To order memorial trees or send flowers to the family in memory of Eloy Gonzales, Sr., please visit our flower store.