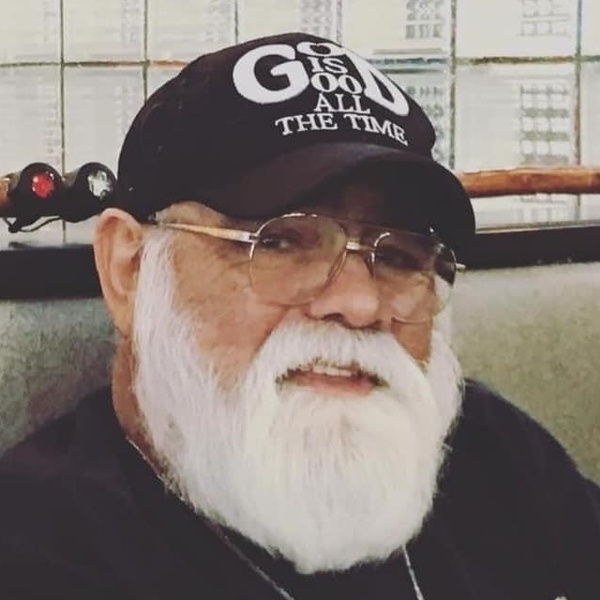 Long time Rawlins resident, Frank Lucero, was called home by the Lord on Friday, December 11, 2020 at the age of 70.

Frank was preceded in death by his parents, Jose & Virginia Lucero and one brother, Florencio “Len” Lucero.

Frank Lucero was born to Jose & Virginia in Las Vegas, NM on December 16, 1949 and grew up there before joining the United States ARmy and serving proudly in Vietnam in 1970 & 1971 where he was promoted to an E4 right on the battlefield. Frank eventually received two Purple Hearts for injuries received in battle and was also awarded a Bronze Star and a Silver Star for Combat Valor on the battlefield. Frank’s military service would serve as a staple for the remainder of his life as he was one of the most patriotic people that anyone could ever meet and his patriotism led him to become a loyal lifetime member of the American Legion and for the last 8 years of his life he served as the Chaplain for the local American Legion Post 122 where he helped many veterans with post military issues.

After Frank’s active duty with the U.S. Army; he returned to Las Vegas, NM where he would meet his future wife, Patsy, and they got married on June 16, 1973. In December of that year Frank & Patsy found their way to Rawlins, WY where they started their family. Frank worked as a traveling pipefitter always with family in tow and eventually they made Rawlins, WY their permanent home. Frank found himself working for the local Job Service where he would start a lifetime of serving his community. In 1994, Frank started his own business, Eagle Employment Service, where he continued his passion of helping people not only gain employment but enhancing their lives in many different ways. Even after closing the doors in 1996 Frank continued in helping people for the remainder of his life, He also served as an official interpreter for the 2nd Judicial District Court as well as other local courts and agencies. While Frank helped many people in general, he specifically felt compelled to help out spanish speaking people who needed help with their communications such as interpretations, faxing and copy work.

In addition to Frank being known for his loyal patriotism, he was also equally known for his very strong religious conviction. He was a member of the Calvary Chapel for over 30 years and for the last 15 years he served the local chapter as the Church Deacon. Anyone who knew Frank knew that he was not shy about professing his love for God through his actions and certainly through his discussions! In Frank’s later years his hobbies included walking all around the town of Rawlins during the summer with his wife, Patsy, by his side and when the weather didn’t cooperate they would be seen taking long rides around town. Prior to Covid pandemic, Frank enjoyed his Friday ride-alongs with the local police department and he always had a special place in his heart for all law enforcement personnel. But Frank’s favorite pastime was spending time with his family and he especially enjoyed eating out at local establishments with his family and wife at the table. Frank spent nearly every waking moment with his wife, Patsy, whether it was walking, going for rides or just helping to take care of her with anything that she needed.

Frank will not only be dearly missed by his family but also by all those who came into contact with him through his work, church, military service and everyday life. He will be fondly remembered for his infectious smile, sarcastic humor, words of wisdom and his life of service to his community, his county, his God, and his family!

Memorial services for Frank Lucero will be announced and held at a later date due to the ongoing current pandemic.

To order memorial trees or send flowers to the family in memory of Frank Lucero, please visit our flower store.