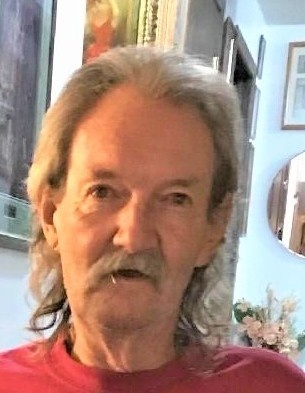 Gordon Eugene France passed away at his home in Rawlins, WY on December 3, 2019 at the age of 65.  He was born February 4, 1954 to William Burtley France and Julie Ana France.  He was a life time resident of Rawlins, Wyoming, and a Class of 1972 graduate of Rawlins High School.  Gordon married Stacey Rena Dexter and they celebrated 42 years together July 30, 2019.

At a young age Gordon went to work for Consumer Gas as a delivery driver.  In 1979 he went to work as an Equipment Operator for Amoco Pipeline now called Marathon and he stayed with them through every merger and name change for the last 40 years, he loved the Backhoe.

Gordon enjoyed golfing, football, painting the house and of course the Demolition Derby.  He loved spending time with his family.  Gordon had a sweet tooth, he loved ice cream but he also loved spicy and never found a pepper too hot!  In fact, he won many spicy challenges!  Gordon also liked to cook and he was good at it.  Gordon also liked cars including his 1973 Chevy Nova and his 1999 Pontiac Trans Am.

Gordon never knew a stranger; he was quick to make friends; he had a big heart and would do anything for anybody and he loved to make people laugh.

Gordon is mourned by his beloved wife Stacey and dog Bandit, three sons: Chadd Eugene France and wife Mindy of Green River WY; Bradley Neal France and wife Nichole of Rock Springs WY; Wesley Bert France and wife Alyssa of Rock Springs WY.  Seven grand-children will miss their Papa Gordo Snake, Raymond, Taisa, Tailor, Hailey, Emersyn, and a grand-daughter and grand-son on the way. He is survived by his sister Roberta (Bobbi) Miller and husband Phil; his mother-in-law Sharron Dexter; his sister-n-law Sherrill James and husband Gregg who was one of his best friends; and several nieces and nephews.

Gordon was preceded in death by his parents; his sister Mildred (Micki) Guaraglia; and sister Catherine France; and his father-in-law Art Dexter.

Cremation will take place at Jacoby Funeral Home Rawlins WY. A Celebration of Life will be held Monday December 9, 2019 at 2:00 pm in Rawlins Wyoming at the Carbon County Fairgrounds Exhibit Center located at the corner of Harshman street and Spruce street, use the entrance on Harshman street, dress is casual.

Arrangements are being handled by Jacoby Funeral Home, 702 W Walnut St Rawlins, WY 82301. Tributes and condolences may be offered online at www.jacobycares.com.

To order memorial trees or send flowers to the family in memory of Gordon France, please visit our flower store.