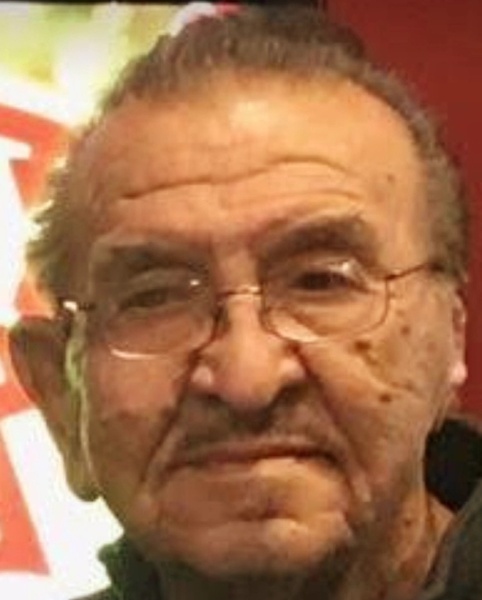 Ignacio “Nacho” D. Garcia, 85, longtime resident of Rawlins, passed away peacefully in his sleep Monday, March 30th, at Memorial Hospital of Carbon County with his daughter-in-law, Ronda, at his side.  “Nash” was born in Las Vegas, NM on May 16, 1934 to Ramon and Sadie Garcia.  Nash was the youngest of 6 children and he started working at a very young age.  He opened a bar locally, of which he gave to his father.  In his lifetime, he showed many skills and held many jobs of which included:  Orderly at the local Rawlins Hospital, being a hunting guide, making forms at the local taxidermy, shop foreman for Gay Johnson’s, mine shop supervisor at Union 76, where he was a Master Diesel Mechanic/Instructor, Correctional Officer at WSP, worked at Park Manor (nursing home), and then worked nights at The Daily Times, where he winded down his working career.  From the 80’s into the 2000’s, he shared the stage with his son, following with his 5th and final retirement.  He was a very popular and generous man.  The kind of man that would give you his last dollar and the shirt off of his back.  He also pursued many hobbies.  He loved hunting, fly fishing, watching his Broncos and boxing, gambling, going on vacations, singing, playing the guitar, dancing, painting, drawing, Native crafts, and reading his Louis L’Amour western novels.

He is preceded in death by his beloved wife, Mary A. Garcia; his mother and father, Sadie and Ramon Garcia; his sisters, Angie Castro and Valvina Martinez; his brothers, Manuel and Raymond Garcia, Santiago “Jimmy” Baca, who was not only his brother.  “She’que’,” as Nash called him affectionately, was also his lifelong friend and sidekick; and his sons, Ricky, DJ, James “Bimbo”, and Danny.

Memorial service will be Saturday, May 15th at St. Joseph's Catholic Church in Rawlins, Wyoming.  Rosary will begin 9:30 a.m. with mass to follow, then burial at the cemetery.  After the ceremony, there will be a private family gathering.

To order memorial trees or send flowers to the family in memory of Ignacio Garcia, please visit our flower store.