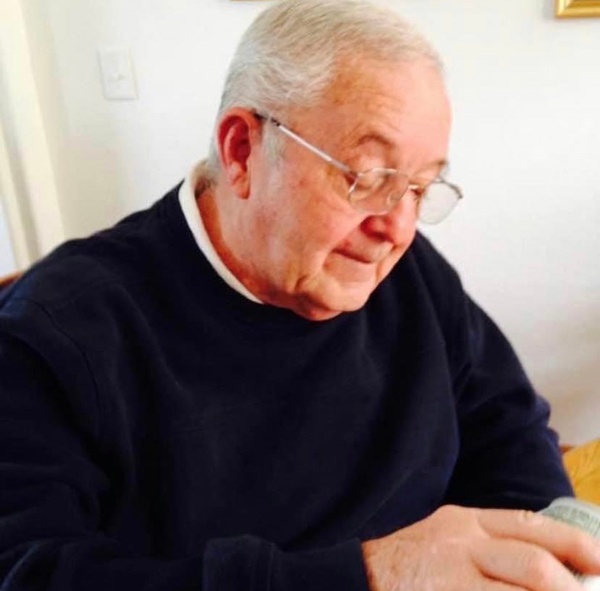 Hugh was born on September 9th, 1940, in Fairbury, Nebraska to Skeets and Blanch Jennings.  Hugh grew up in Ekalaka, Montana on the family ranch with his two brothers and two sisters.  He received his education in Ekalaka, graduating in 1959.  He served in the US Army Airborne, 81st Division from 1959 – 1961, and the U.S. Army Reserves from 1961 – 1965, at which time he was Honorably Discharged. Hugh later graduated with an Associate’s degree from Parks Business College, Denver, CO.

On June 17, 1962, Hugh and Norma were united in marriage in Kiowa County, Colorado.  After short stints in Nebraska and Montana, the couple made their home and raised their children in Rawlins, Wyoming.  Hugh was employed as a conductor and engineer with the Union Pacific Railroad where he worked until retirement.

Hugh loved spending time with his family.  He was extremely proud of his kids and grandchildren.  He loved to help anyone that needed his handyman skills and he never expected anything in return.  In his retirement, he built the family cabin in Hidden Valley.  Hugh enjoyed working, reading the bible, and most of all spending time with his family.  He was selfless with everyone that he met.

In addition to his parents, he was proceeded in death by two brothers, Mark Jennings and Joe Jennings, one sister, Bonnie Walby, and an infant child, Lawrence Jennings.

If you would like to give a memorial, please consider The Rawlins Fire Department.

To order memorial trees or send flowers to the family in memory of James Hugh Jennings, please visit our flower store.