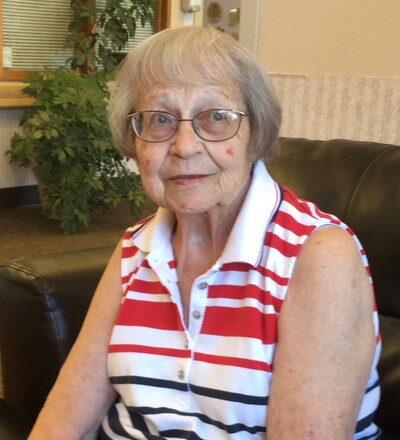 Janet G. Herring Kennaday, 86, passed away Sunday, August 29, 2021 at Mission at Castle Rock Rehabilitation Center in Green River, Wyoming. She was a life-long resident of Wyoming.

Janet married James Kennaday in Rawlins in 1975. She and her son Ron joined Jim and his children, Janet Marie; Shelley; Jamie; Jimi and Ed and lived in Saratoga for the next 40 years.

Mrs. Kennaday had several occupations which included working for the Bank of Saratoga, Carbon County School District #2, Valley Foods, and with her husband in their fire wood business

She was a member an active member of the Sierra Madre Rebekah’s Lodge #27. She held every office at least once and was the Nobel Grand in 1989.

Janet enjoyed, spending time with family; walking, baking, crocheting; gardening, reading, helping others, and visiting with anyone. No one was a stranger.

Survivors include one son, Ron Smith and significant other, Jenna Grant of Gillette, Wyoming; one brother, Chuck Herring of Rawlins, Wyoming; one sister, JoAnn Herring Winkel and husband Ralph of Green River, Wyoming, all of Jim’s children, and several grandchildren and grandchildren.

She was preceded in death by her parents and husband.

Following Cremation, a Celebration of Life will be conducted at 1:00 P.M. Saturday, September 25, 2021 at the Valley Chapel at the Saratoga Cemetery. Inurnment for Janet and Jim will be at the Saratoga Cemetery burial site. Janet loved color so no need to wear black. This service will be live streamed. In order to stream this service go to jacobycares.com; click on obituaries and then Janet’s name, then click the link below the obituary that says "Click Here to Access Video".

To order memorial trees or send flowers to the family in memory of Janet Kennaday, please visit our flower store.