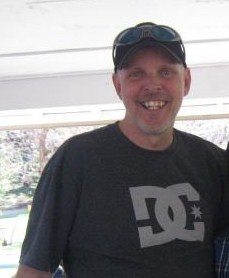 Jeffrey W. Tromburg passed away at his residence in Rawlins on October 27, 2014. Jeff was born in Long Beach, CA on April 26, 1966 to parents Gene and Verna Tromburg. He moved to Rawlins at a young age, and graduated from Rawlins High School in 1985. Shortly after graduation he went to work at the Wyoming State Penitentiary, beginning what became a 20 plus year career. He retired in 2006. Jeff then began working at Kinder Morgan as an operator, a job which he held until February 2014. Jeff married Jennifer Miles on November 12, 1986, and the couple became parents to three children. After Jennifer's death in 1994, Jeff met , and later married Jessica Martinez. Jeff loved the outdoors, gambling trips, disc golf, the Denver Broncos, and most of all his family. Spending time with his grandchildren was a highlight of his life. He had a great sense of humor, loved practical jokes, and lived life to the fullest. To know Jeff was to laugh with him. Preceding Jeff in death were his first wife, Jennifer, and father-in-law, John Miles. Jeff is survived by his wife, Jessica; and his children; Vicki Tromburg, Gregory Tromburg, Kelli (Seth) Allen, Alex (Tony) Martinez, Deseree (Nate) Martinez, Aleesha (Billey) Martinez, Christopher Martinez, and Sean Maes. Jeff is also survived by his parents, Gene (Melody) Tromburg and Verna (Ward Sorensen) Tromburg; brothers, Stanley, Dan (Liz), and Brian (Deanna) Tromburg, and Jake Jarrett. Also surviving are his mother and father in-law, Gene and Elizabeth Quintana; mother-in-law, Diane Miles; as well as 11 grand-children, and many nieces and nephews. Jeff leaves many friends behind to honor his memory. A graveside service will be held on Friday, October 31, 2014 at 10:00 a.m. at the Rawlins cemetery. A reception will follow at the St. Joseph's School gym.

To order memorial trees or send flowers to the family in memory of Jeffrey Tromburg, please visit our flower store.