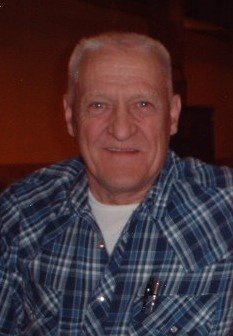 Jesse started school in Encampment Wyoming in 1945, and when his parents returned, they moved to Denver to his maternal grandparents’ home.  They moved back to Laramie in 1946 and he graduated from Laramie High in 1957.

In 1958, Jesse married Dixie Helm in Fort Collins.  Four daughters were born of this marriage, Jody, Tammy, Becky and Cindy.  Jody died at birth.  Jesse returned from Vietnam and the couple were divorced in 1970.

Jesse worked for the Otto Lumber Company in Laramie and then the Albany County Sheriff’s Office under Sheriff Ted Burmstad.  They moved to Montrose, Colorado, where he worked construction as a heavy equipment operator on many projects in the area including dams, roads, reservoirs, etc., and he also worked for the Montrose Police Department where he rose to the rank of Sargent.

In 1967, Jesse joined the Navy Seabees for immediate deployment to Viet Nam.  He was honorably discharged in July 1970, in San Diego California.  After his divorce from Dixie, he met Crystal Rothenberg in California and they were married in Winter Haven, California (a suburb of Yuma, Arizona) on July 4, 1970.  Jesse was discharged from the Navy, July 22, 1970, and by July 27, 1970, he moved his new wife and 4 children back to Laramie.  He went back to work for the Albany County Sheriff’s Office in August of 1970.  Shortly after, he adopted Crystal’s children, Ursula, David, Thomas, and Robert.

Jesse also attended the University of Wyoming studying Political Science and Criminal Justice while working at the Sheriff’s Office but only attended for 2 years before moving to Saratoga to work for Louisiana Pacific Lumber mill.  While there, he moved his family to Encampment where they bought the large house on the hill across from the Forest Service Offices.  He worked heavy equipment on most of the forest roads in the Sierra Madre and Snowy Range.  He helped build the original Hogg Park dam in the 60’s and tore it out and enlarged it in the 70’s.  Jesse and Crystal were divorced after 17 years, while he was the Officer in Charge of the Encampment Police Department.

In 1978, Jesse’s parents moved to Encampment and purchased the Bear Trap Bar in Riverside.  Jesse, David, Thomas, and nephew Larry Hysong and his father “Skip” built the Bear Trap Cafe on the property which also included Jesse’s father’s barbershop.  The entire 3 families worked and operated the Cafe and Bar.

Jesse left the family business and began driving long distance trucking.  He drove 2 years for P.S.T. and then moved over to England.  Both units were based in Salt Lake City, Utah.  During this time, he met Carol Justice, a second-grade teacher in Encampment.  They were married in Las Vegas, Nevada on March 19, 1990.  Carol would meet Jesse the last day of school and spend the summer on the truck with him.  This was always the best times for the couple.  They kept a journal of the roads they traveled, the roads and loads they carried and wrote a different satire every day.  Carol passed of surgical complications on July 10, 1992. Jesse remained single.

Favorite times for Jesse included him riding horses since he was 4 years old and training many through the years, including ranch horses, race horses, and just pleasure riding.

Music was always a part of his life.  He started learning guitar around 10 years old.  He played the saxophone in high school.  Had many bands over the years, one of which was in Viet Nam, that played in several service and NCO Clubs.  He played in several bar/dance halls through Southern Wyoming, and Western Colorado.

He loved hunting and fishing and one of the biggest events was elk season with the whole family which included his parents, sisters and brother in laws; all kids over 10 years would camp in the Snowy Range, Sierra Madres, for a couple of weeks each year.  Great memories and family times.

When Carol got sick, Jesse quit driving truck and stayed at home to help care for her.  In  1990 he started making jewelry cabinets and boxes in a two car garage.  After Carol passed in 1992, he added to the garage and created a 24’ x 65’ complete workshop.  He made custom hardwood furniture for the next 20 years.  He primarily used Oak, Ash, Walnut, and Cherry wood.  On special request, he would use pine or other woods.

Jesse developed COPD in 2012 and slowed down considerably in the shop, but still maintained the tools and equipment and still made occasional products when the weather was warm.

To order memorial trees or send flowers to the family in memory of Jesse Cecil James, please visit our flower store.