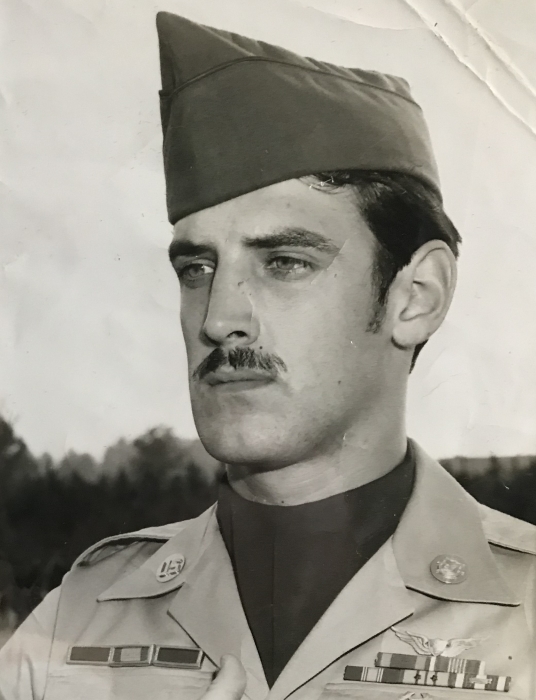 John was born on March 19, 1950 to John R. Boldway and Elvira Yniguez Boldway. he joined the Army in December of 1967. After completing his basic training at Fort Lewis Washington and advanced Infantry training at Fort Rucker, Alabama, John was sent to Europe. While serving in Germany. John volunteered for Vietnam and served in Vietnam from December 1968 through December 1969.

During his tour in Vietnam he received: Vietnam Service Medal, Vietnamese Campaign with 60 Device, Air Medal for Heroism with Oak Leaf Clusters and bronze Arabic Numeral 13, Army Commendation Medal, the Vietnamese Cross of Gallantry with Palm, Four different Campaign Medals and numerous Letters of Commendation. While serving in Vietnam as a Helicopter Crew Chief and door gunner, he flew many missions into battles under fire saving the lives of numerous of his fellow soldiers. Twice being shot down and still saving lives. John was a true warrior and hero as well as a brave and loyal soldier.

After his tour of duty in Vietnam while stationed in Fort McClellan, Alabama he received several Letters of Appreciation. This is where he met and married his wife Barbara of 49 years in November of 1970. He is survived by his daughter Crystal of New London, Ohio; his daughter Tara and her husband Shawn Nelson of Concord California; and his son John C. Boldway and wife Rebecca of Napa, California. John has 8 grandchildren; Trevor, Ally, Deven, Jase, Ty, Conner, Jake and Kyler. He has one surviving brother Stephen also of Napa, California, as well as numerous cousins and aunts.

There will be a Celebration of his Life in the near future. Date to be determine

To order memorial trees or send flowers to the family in memory of John Boldway, please visit our flower store.