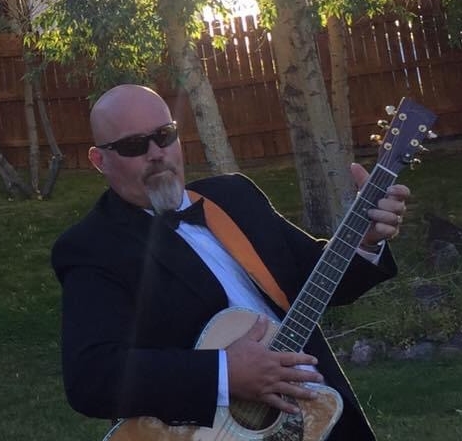 John (Sunday) Sebastian Konecny, resident of Saratoga, WY, peacefully passed out of our world in the early hours of December 8th, 2020 in his place of residence at the age of 50 years.

John was a man of strength, courage, ambition, play, art, music, and family. Born in Hershey, PA, on August 29th, 1970, he prided himself on his independence and strove early toward greatness. Primarily self-taught, he climbed the ladder of the lumber industry until he could branch out and create his own company, Konecny Brothers Lumber Company.

He had profound and lasting endeavors in love, including marriages to Kimberly Wilkerson and Lela Sales. By the end, he was happily exploring life as a single man and working to embrace his role as father to many grown children and his young son. He often said that all he wanted was to be a positive influence in the lives of those around him. He had many friends and family members in St. Maries, ID; Ogden, UT; and Saratoga, WY, having been something of a spiritual wanderer.

John could often be found strumming his guitar, singing, writing music, or creating in carpentry and copper. He was a man of the mountains, of the ocean, and of the forests, instilling a love of the outdoors into many of his children.

He will be missed by his children, Arthur Francis, Kassandra Lighthouse, Rachel Biernacki, Kadance Konecny, Kayma Konecny, Conrad Konecny, and his granddaughter, Maisie Yancey, as well as his mother, Dolores Freed, and his brothers, Dallas and Tyrone Konecny. He was preceded in death by his father, Conrad Konecny; his aunt and uncle, Bill and Diane Derr; and his youngest son, Thorin Gideon Konecny.

According to his and his family’s wishes, John Konecny was cremated. Due to Covid-19, services for John will be postponed until late spring or early summer in 2021.

“You want to be good for the ones you love, because you know that your time with them will end up being too short, no matter how long it is.” -Stephen King, Lisey’s Story

To order memorial trees or send flowers to the family in memory of John Konecny, please visit our flower store.