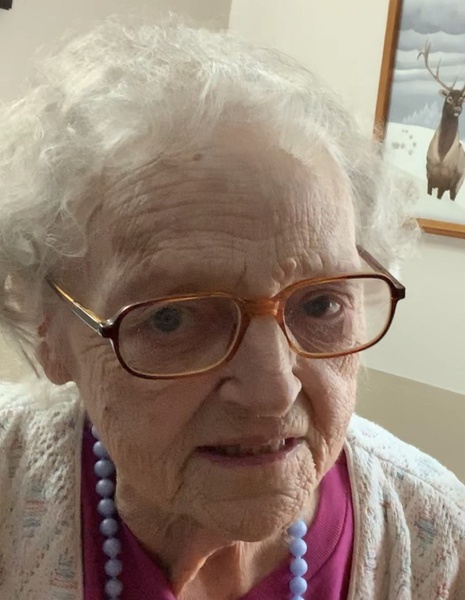 Josephine May Bonnett, resident of Saratoga passed away October 27, 2019 at the Saratoga Care Center at the age of 87. She was born May 1, 1932 in Laramie to Willard and Ruth Daniels. She resided in Laramie until the family moved to Grass Valley, California where her father worked in a gold mine. They later moved to Rawlins, Wyoming where he worked for the Union Pacific Railroad until his retirement. Jo married Ken Bonnett in Kearney, Nebraska on December 19, 1947 at the age of fifteen. Also getting married the same day with them was her sister Betty and brother-in-law Jim Poulos. Jo was a stay-at-home mom in Sinclair where she raised her children Cindy and Lee and did volunteer work as a Cub Scout leader and 4H leader and she also loved doing various crafts. She had many very good friends in Sinclair and these women got together often for coffee, conversation and the occasional card game. She was also a volunteer spotter, watching the skies over Sinclair from the roof of the Sinclair Hotel for unidentified planes during the Korean war. In her later years, she volunteered at the Encampment Museum, at the Presbyterian Church and at the Senior Center Thrift Shop. She was preceded in death by her parents, sister Betty Poulos and husband Ken. She is survived by her daughter Cindy Koehn of St. Louis, Missouri, son Lee (Peggy) Bonnett of Rawlins, grandson Kelly (Jen) Bonnett of Casper and granddaughter LeAnn (Corey) Spilski of Rawlins. She is also survived by a great granddaughter Kayla Bonnett of Rawlins, great-grandsons Kellen and Kooper of Casper and great-great-grandson Kyler Acton of Rawlins. She was a resident of the Saratoga Care Center for almost four years prior to her death and had many friends there. The staff lovingly called her Miss Jo and she received excellent care at the facility and enjoyed many activities there. Funeral services will be held at the Encampment Presbyterian Church at 918 Rankin Street at 11:00 a.m. on Friday, November 1, 2019. A luncheon and an opportunity to visit with friends and family will take place after the service at the church. Jacoby Funeral Home is in charge of arrangements. Tributes and condolences may be offered online at www.jacobycares.com.

To order memorial trees or send flowers to the family in memory of Josephine Bonnett, please visit our flower store.