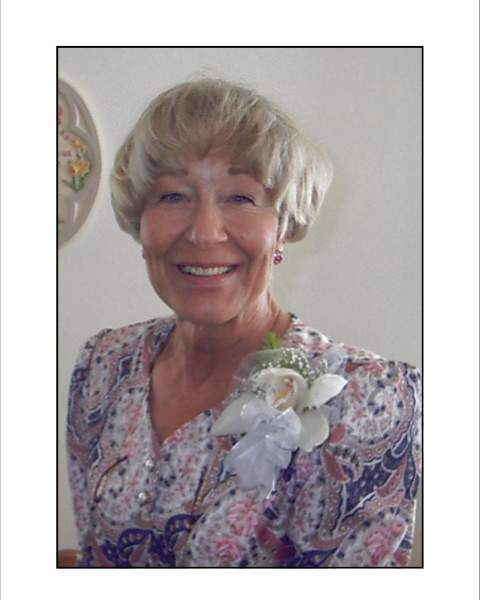 Lana Mae Spicer was born on April 15, 1945 in Yankton, South Dakota, and adopted by August and Esther Arlt, a farming couple in Ipswich.  She grew up on the farm as an only child.  She met the love of her life, William Spicer, at Pastor Harold Salem's church in Aberdeen.  They married October 29, 1966, and remained together until her death on August 31, 2022.  Her dream for her life was always to be a wife and mother.  She was loved very much by her devoted husband William Spicer (Pastor Bill) who was her rock through many difficulties, and by her children and grandchildren, whom she poured her life into.  She loved to sing and was a church pianist, ultimately inspiring her children to pursue music.  She never missed an opportunity to see her kids perform in anything, and always was in the audience beaming with the motherly certainty that they were the most talented people on earth!

She was fond of sewing beautiful dresses and adorable outfits for her children and grandchildren, even spending a year on a dress for the first wedding among them.  She was at home in the kitchen, baking cookies with her kids, making her mother-in-law's Kringlar recipe famous among all her descendants, and always ready with a hot bowl of chili to cheer her cold, weary husband and boys after a long hunting trip!  She took pride in making delicious jerky and sausage out of the game the guys brought home.  She had a sense of humor that kept the people at work, church, and home in stitches!  There were many late nights playing board games at home as the jokes got sillier and sillier!  She made Christmas magical, and kept extending its reach until, in later years, "Her Bill" kept the tree up year round for her enjoyment.  Christmas magic came full circle as she and "Her Bill" were surrounded by every one of their children, grandchildren, and great-grandchildren for Christmas 2021.  Seeing family was always her favorite part of Christmas.

She was humble, and never pretended to be flawless, but her great love and sense of humor more than made up for any shortcomings.  She knew very well the love and grace of Jesus, especially as demonstrated so faithfully and tenderly by the husband who always stood by her side, and loved her as Christ loved the church.  She will be missed and her memory cherished until we see her again in Heaven, where we know she will be looking forward to welcoming us all.

She is survived by her husband of 55 years, William Spicer, her children, Sonja (Roy) Bryan, Valentina (Jim) Keldsen, Roy (Glenda) Spicer, and William (Nicolle) Spicer, as well as her thirteen grandchildren and two great grandchildren.

Reception will be at the church