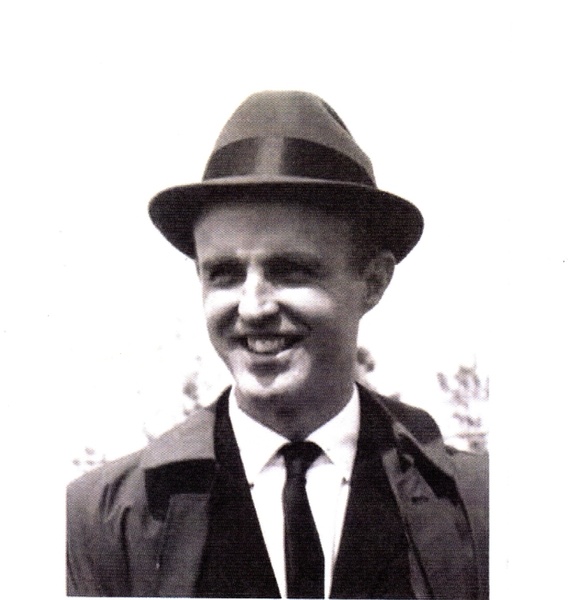 Leonard A. Page, Jr. 92 of Rawlins, WY passed away peacefully, at home in Rawlins. On his 90th birthday, he announced to his grandchildren and children “When you think of grandpa.  Laugh Don’t Cry”.  He loved his family in many ways, but had a hard time showing it.  He was a tough father, and friend to those who had a chance to meet him.  He always expected the best of everyone he associated with, especially on the golf course.

A native of New Rochelle, NY and growing up just outside of New York City, he developed a love of sports, and was especially fond golf and baseball.  One of his first jobs was being a caddy at the Westchester Golf Club where he learned the silly game of golf. He and his brother Don told numerous stories of attending Yankee’s games during summers. He loved the Yankee’s to the end.

Attended Iona Prep High School and received a Bachelor of Arts Degree in Accounting in 1949 from Iona College, New Rochelle, NY.  After college he served in the US Air Force during World War II. After the war he joined ABC Broadcasting in their New York accounting department.  He was transferred to ABC’s San Francisco office.

He met his wife Joan Mahony in California in 1955.  They were married in Rawlins on June 30, 1956.  They returned to California for a brief period, returning to Rawlins in 1957 to start his own accounting business.  His business start was a motel on the west end of Rawlins.  He also worked for American Nuclear at the Jeffery City mine before starting an accounting practice in Rawlins.  In 1962 he passed his Certified Public Accountant exam and obtained his CPA license in 1963, numbered 173.  He opened his own local accounting practice and practiced as a Certified Public Accountant until retiring in 1994.

Leonard was a long-time member of St. Joseph Catholic Church, the Rawlins Lions Club, Elks BPOE #609.  He was a past member of the Carbon County Memorial Hospital Board and the Bank of Commerce Board of Directors.  His professional affiliations included the American Society of Certified Public Accountants, Wyoming Society of CPA’s, and served as a member of the State Board of CPA’s.  He was also proud to having been appointed to the University of Wyoming College of Business advisory board.

He was preceded in death by his wife Joan, his parents Leonard A. Page, Sr. and Mary McDonough Page of New York City, New York, his sister Mary Anne Eaton of Riverside, Connecticut and brothers Jack and Donald Page.   He is survived by his children Leonard (Sue) of Rawlins; Frank (Angie) of Cody, Anne (Darrel) of Laramie and Helen of Denver, grandchildren Michael, Logan, Nicholas, Kole, Katelyn and Kevin.

Per his request cremation has taken place.  A rosary will be conducted at Monday July 13, 2020 7:00 p.m. at St. Joseph Catholic Church in Rawlins. The Mass of the Christian Burial will be celebrated at 11:00 a.m. on Tuesday July 14, 2020 at St. Joseph’s Catholic Church in Rawlins with Father Sam Hayes Celebrant.  Internment and graveside services will follow the mass.

In lieu of flowers, the family requests contributions to be made to St. Joseph’s Catholic Church.

To order memorial trees or send flowers to the family in memory of Leonard Page, Jr., please visit our flower store.