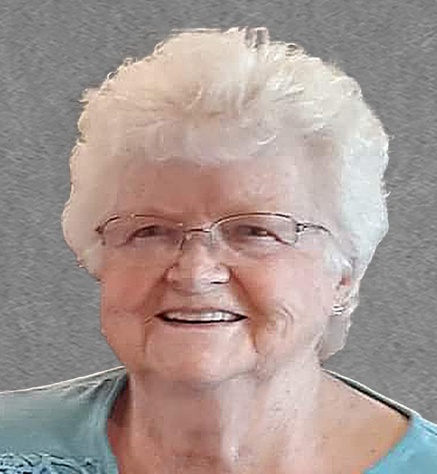 Margaret Faunita Wilson of Rawlins, Wyoming, passed away on January 30th, 2021 at the Memorial Hospital of Carbon County in Rawlins.

Margaret was born in Rawlins on April 26, 1933 to Logan and Emma (Kennaday)Cairns. She was raised on the Platte river and went to school in Sinclair until they moved to Rawlins and had lived there all her life. Margaret graduated from Rawlins High School in 1951.

She married Norman Wilson on September 5, 1952 and they have been married for 68 years. In Margaret’s earlier years with 3 children, she worked at Sunnyside Grocery, which we know many of the people today still remember. She worked for a number of years for Selrite Grocery and when they went out of business, she worked for a short time for Bi-Rite Drug.

Margaret loved to sew, so she decided to open a fabric Store in 1971 and she named her store “Go Sew”. This is where Margaret made many wedding dresses, which was always her most favorite thing to make. She designed quite a few by combining different patterns. She said it was like putting a jigsaw puzzle together. She could make just about anything a person could want. When she sold the fabric store, she went to work at the RNB and worked there for 18 years until she retired.

After she retired, she has sewn for many, many people in Rawlins. A lot of them have told us how they loved to sit in her sewing room with her while she sewed for them. She has taught many people how to sew. She was still giving sewing lessons a few weeks before she passed away. Margaret had so many things she could do. She loved to paint, she taught herself. She loved to paint flowers; they are awesome. She was always doing jig saw puzzles, crocheting or knitting.

Margaret always enjoyed her grandchildren. Margaret and Norm always followed the granddaughters during volleyball and basketball seasons. All the girls on the teams would know that “Grandma Margaret” had pins, needles, buttons, thread, scissors, etc., in her purse and she would always fix them right up when needed.

Margaret has been cremated and her ashes will be buried at the Reader Cemetery in Savery, Wyoming.

To order memorial trees or send flowers to the family in memory of Margaret Wilson, please visit our flower store.