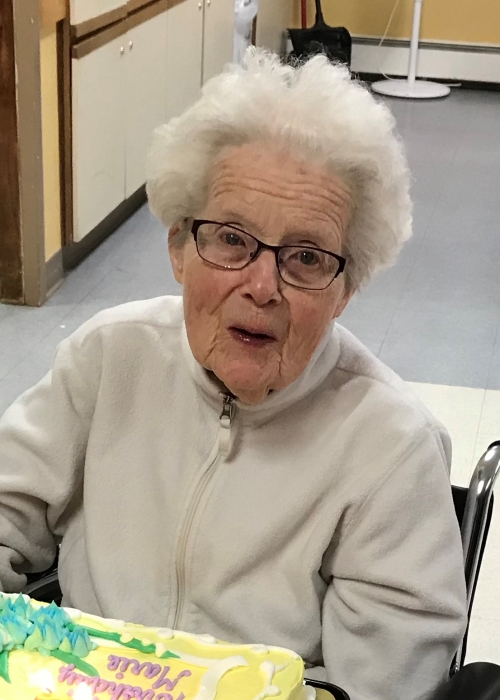 Marie peacefully passed away in Rawlins, WY, December 18 at the age of 90. She was born on November 11, 1929, in Philadelphia, PA.  She was the daughter of Irish immigrants, the first of five children, all of the others being boys. They were all first generation US citizens.

She met the love of her life, Billy Jackson, just after the end of WWII in 1945. Bill was in Philadelphia awaiting discharge from the US Navy where he had served for two years. Bill had dropped out of Sundance High in 1943 at the age of 17 to enlist. When they met, he was 19, she was 16 and still in high school. Three years later, they married. They remained together for the next 70 years, having four children. Bill brought her to Sundance to live a few years after they married. In 1955, Marie’s father suddenly passed away in his sleep, at which time they went back to Philadelphia to help her mother. There they stayed for 16 years, moving back to Casper in 1971, finally making it home to Sundance a few years later. Marie worked for First American Title in Sundance for many years until retiring in 2005. She is survived by her husband Bill, daughter Ginny and sons Rick and Brian. Another son, Terry, is deceased. She is with him now. She also had 7 grandchildren, 5 great grandchildren and one more on the way.

Marie was never at a loss for words, was very comfortable starting up a conversation with anyone within hearing distance.  She will be missed by many. She spent the last two years of her life at the Rawlins Rehabilitation and Wellness Center, in Rawlins, Wyoming. Bill was close by, and visited her every other day for the duration of her stay. The staff there loved her and took very good care of Marie, her family will be forever grateful for their patience and dedication to her.

A Celebration of Marie’s Life will be scheduled at a later date so that as many of her very much spread out family members as possible will be able to attend.

To order memorial trees or send flowers to the family in memory of Marie Jackson, please visit our flower store.