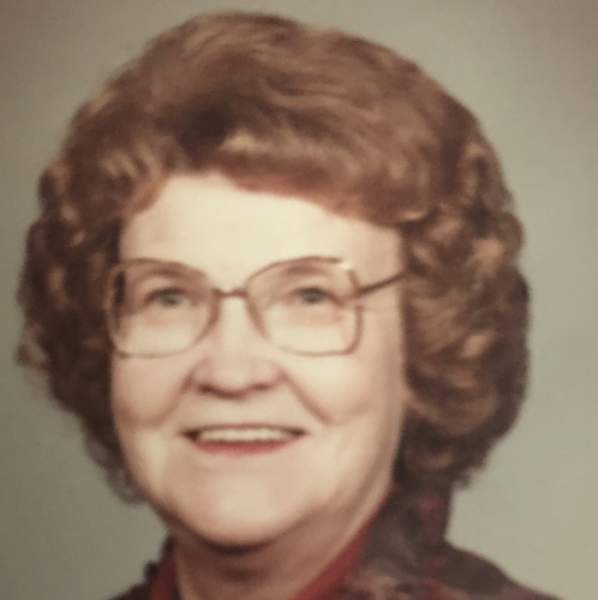 Marjean was born October 2, 1929 in Hardin, MT to Richard (Dick) and Lenna Stork.

She grew up in Custer, MT and graduated from Custer High School. She was active in band, played basketball,  and was very active in 4-H.

She married Carl R. Cole on April 5, 1947 in Helena MT. The early years of their marriage they lived in Hysham and Custer Mt. Bonnie, Carla, Jere, and Sue were all born during that time.  In 1956 Carl started working in the oil fields with the family moving several times. Ricky (our red headed Easter bunny) was born in 1960 in Crosby, ND. In 1961 we moved to Rawlins. Marjean was a cub scout and 4-H leader until she started working at Woolworths,  the Ferris Hotel and Safeway. She had worked at Safeway until they closed the store in Rawlins. She managed the Hickory Farms holiday store for several years.

Marjean and Carl loved to travel. They went to Europe for their 35th anniversary and spent several weeks with Bonnie and her family as they were stationed there. When Carl retired, they became snowbirds with spending their first weeks in Hawaii where Bonnie was stationed. Mom and Dad took their camper to a lot of places. Every October you could find them hunting south of Rawlins.

When Marjean retired she became very active with the First United Methodist Church Women quilting. She was still making baby quilts until right before she passed away.

Carl passed away after their 58th anniversary and Marjean was having some medical issues so she moved to Casper to be closer to doctors. Marjean joined the Christ United Methodist Church and became an active member. Several times a week you could find her playing pinochle at the Senior Center. She played with private groups also.

Marjean was preceded in death by her parents, her husband, and a great grandson William Wilderness.

Donations can be made to the Christ United Methodist Women in Casper WY, to the Rawlins Cooperative Parish of Rawlins or Central Wyoming Hospice in Casper.

Because of the pandemic we are currently in we are not able to have any services at this time.

To order memorial trees or send flowers to the family in memory of Marjean Cole, please visit our flower store.