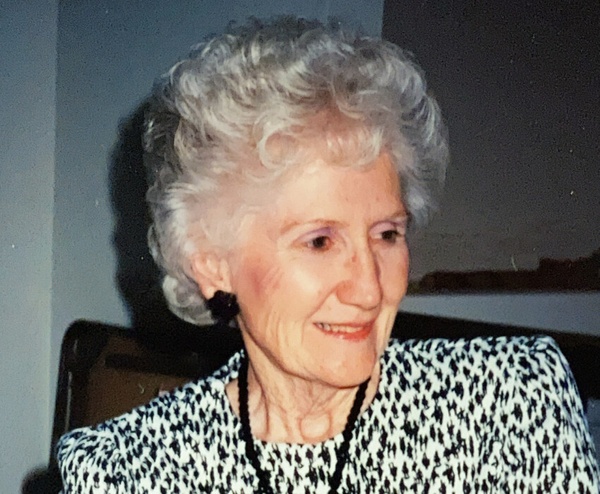 MarJeanne Stevens Olson of Rawlins, Wyoming and St. George, Utah, passed away peacefully Tuesday, August 3rd in McCall, Idaho at the age of 94 surrounded by her children.  MarJeanne was born on May 17, 1927 in Byron, Wyoming to Walter Gillins Stevens and Cathrine Grace Abraham. MarJeanne was raised in Byron on a dairy farm with her four brothers: John (Jack), George (Stub), Walter, and Gary. While her brothers participated in sports, MarJeanne was a cheerleader and twirler. She also participated in band playing the tenor saxophone. She grew up with a love for music, which she passed on to her family. MarJeanne attended the University of Utah where she joined a sorority. She left Utah and transferred to the University of Wyoming and stayed with her widowed sister-in-law, Helen, following the death of her brother Walter. This decision to leave Utah led her to the love of her life, Linnè Olson.

Linnè and MarJeanne were married by her father, Walter Stevens, in Byron, Wyoming on December 20, 1947. Their marriage was solemnized in the Salt Lake Temple on April 2nd, 1948. Linnè and MarJeanne moved to Glenwood Springs, CO to build an LDS chapel, and they welcomed their first child there. Not long after they moved to Rawlins, Wyoming to build a new LDS chapel and where they eventually settled and raised their family.  MarJeanne was an active participate in their company, LM Olson Inc., as a full partner with her husband. She handled the finances for the company. She has continued with active involvement as CEO until her passing. She and Linnè were instrumental in starting several other businesses related to the construction industry. She had a sharp mind, understanding financials and money matters. In addition to working with the financial side of the businesses, she also took care of family finances.

On many occasions travelers would get stranded in Rawlins due to weather or car trouble, and MarJeanne was always happy to provide shelter from the storm and a warm meal. Her life was her family. She always enjoyed spending time with her brothers, sisters-in-law, nieces, nephews, children, grandchildren, and great grandchildren.  MarJeanne was blessed with 5 sons who came in rapid secession and a daughter who came later on.  MarJeanne was an avid game player and loved teaching and playing games with her family and friends. She also enjoyed dancing with her husband and they were known to “cut a rug.”. MarJeanne instilled the desire to work hard and the joy that family can bring in her children. She took great joy and pride in all of her family’s accomplishments. She had many opportunities to travel the world and enjoyed learning about different people and cultures. She was an outstanding example of love, service, and charity to her family, and their lives are better due to the example she set.

To order memorial trees or send flowers to the family in memory of MarJeanne Olson, please visit our flower store.