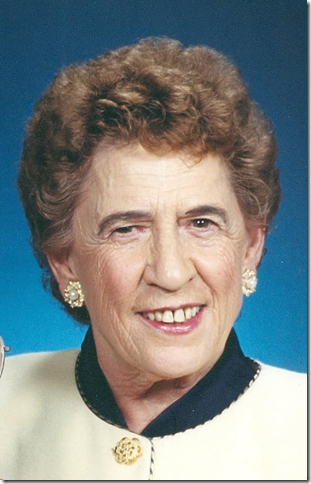 Funeral services are scheduled for Friday, April 8, 2022, for Carbon County native and long-time Saratoga resident Marty Perue, 89, who passed away Sunday night, March 20, 2022, in the Wyoming Medical Center in Casper after suffering a massive stroke earlier in the day.

The memorial service will be conducted by the Rev. Steven Niccolls and family members in the First Presbyterian Church of Saratoga at 11:00 a.m., followed by a reception in the Fellowship Hall hosted by the Deacons. Music will be under the guidance of family friend Teense Willford. Burial will be in the family plot of the Saratoga Cemetery following the reception.

Martha Genevieve Brown was born February 22, 1933, in Rawlins, Wyoming to Elwood (Mike) Lyle Brown and Celia Genevieve (Butler) Brown and grew up in Rawlins. Following her father’s death when she was 15 years old, she was then raised by her mother and stepfather Fred Bomar.

She graduated from Rawlins High School with the class of 1950 and live in both Rawlins and Laramie for many years. She was married to Dale E. Williams June 6, 1957, in Laramie and resided in that city as well as Cheyenne, Denver, Colorado and Omaha, Nebraska, before moving to Saratoga in 1973.

Marty worked as bookkeeper for “The Saratoga Sun” for two years before marrying publisher R. Richard (Dick) Perue on December 20, 1975, in the Saratoga Presbyterian Church. She then became business manager and co-owner of the newspaper, print shop, and stationary store, and later was partner in Perue Printing, Framework and Historical Reproductions by Perue.

Always active in church and community, Marty was:

-A member, elder, and treasurer of the Saratoga Presbyterian Church as well as sang in the choir and served on the Memorial Committee for many years and belonged to Ladies Aid and Presbyterian Women;

-One of the organizers of the Community Choir and sang with the group for years;

-Along with husband Dick, named as an honorary life member of the Saratoga Platte Valley Chamber of Commerce, plus a charter member of the Snowy Range Ambassadors and headed the beautify Saratoga committee and the Centennial parade organizers;

-Charter member of Saratoga Soroptimist and served as local, state, and national officers as well as often the leading lady during the many dinner theater productions presented by the organization.  In 1987, she was selected for the “Wyoming Woman of Achievement” nominee from Saratoga;

-An avid golfer, winner, and officer of the Saratoga Ladies Golf Assn.

Marty was admired for her sunny disposition, wit, and laughter, friendliness, and willingness to assist when needed, especially with children and grandchildren. She is remembered as a loving wife, dedicated mother, and devoted and supportive grandmother.  For the past 40 years, she has devoted her life to assisting her son Fred who was severely injured in a pickup wreck.

Memorials may be made in her memory to the Saratoga Presbyterian Church, P.O. Box 116, Saratoga, WY 82331.

Cremation has taken place under the direction of Jacoby Funeral Home of Rawlins.

To order memorial trees or send flowers to the family in memory of Martha (Marty) Perue, please visit our flower store.