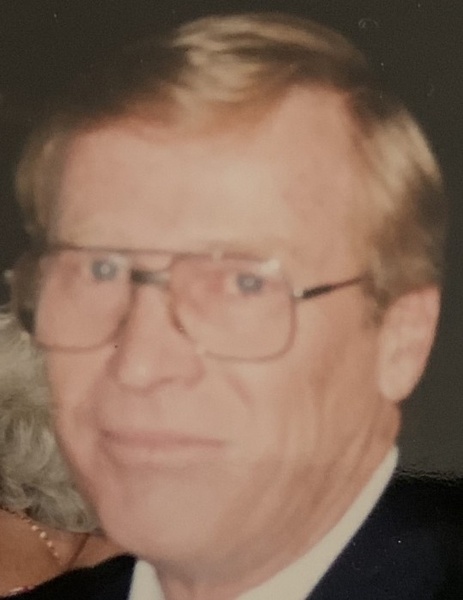 Michael Carveth O’Melia, 79, passed away December 3rd, 2019 with his children by his side.

Mike, was a true “Renaissance Man” in every way…….a man with many skills and many talents.

Mike was born in Rawlins to Peg & Joe O’Melia and lived his formative years there, going to West Ward (as it was known then) and Central elementary schools and graduating from Rawlins High School where he excelled in all sports, but is immortalized in the senior yearbook as the class “best dancer”!!!  And he always was - tall and straight and under whose smooth lead, his partner did all the work!!!

After graduation Mike and several of his high school pals went to play football at Carbon College, just across Utah border.  Loved intervened however, when Mike married his high school sweetheart, Nita Sondgeroth, and shortly thereafter decamped to St Louis, Mo to begin his first career with Trans World Airlines under the auspices of Nita’s brother Don in the baggage handling department.  Their first-born daughter Bobbi Jo traveled with them and were soon joined by younger sisters Brenda and Becky (who made up what is lovingly referred to as the “Irish triplets”).  A few years later and wanting to be closer to their extended families in Wyoming, the Mike O’s were transferred to Denver where he was still with TWA,  as a certified airplane mechanic.  And it was there Michael Bradley made them a family of six.   Other family ties were strong, as was the desire to hunt and fish in familiar places with his dad & brother, and long-time friends; so when the opportunity to leave TWA and work at the Sinclair Refinery presented itself, the family returned to Rawlins and Bridget joined the family circle to became for me “The Five B’s”. In the refinery job and under the tutelage of a lovable and wonderful teacher whom everyone knew simply as Hackett, Mike earned the title of Certified Welder.  And there grew one of his greatest talents and perhaps his favorite - as he could mend, repair, and invent all sorts of ways to mold metals- from forging incredible cooking grills and griddles (often found over campfires at the “gypsy camp” south of Rawlins), to car grills, custom made trailer hitches, & pickup bed storage.  His garage workshop was always open and the cooler always full of cold brews to share with his friends and customers.  And this wonderful practice continued after his refinery days ended and he was employed by the Union Pacific RR as Fireman and soon after, was promoted to Engineer, as was his father before him, and as are his son Brad and nephew, Shhon.  When the UP closed the Rawlins yard, and as Mike’s “run” became Cheyenne to Green River, it made perfect sense to relocate to Cheyenne where they remained – Nita until her death in 1999, and Mike until now.

We’ve talked about his beginnings, his beloved family, his varied work ethic, and his hobbies, but not his passion.  Second to his ever growing family was the property he and Nita purchased in the forest southeast of Encampment and on which they installed a double-wide home and to which they added a big porch, a fire pit, a generator, a small storage barn – in short all the comforts of home; and it’s lovingly called “the cabin”.  It was for them (and still is for their family) a wonderful refuge from the daily grinds of everyday lives & responsibilities – where one could follow the fishing and hunting seasons in comfort, or ride the three and four wheelers to explore the beauty of the area, & even once to attend a family wedding; and where almost every summer the entire O’Melia family has the opportunity to arrive from Oregon, Kentucky, Nebraska, and western Wyoming  to spend time together at their special place.  Also, it is important to introduce their 12 grandchildren and 13 great grandies to the wonder and beauty of Wyoming summers in the mountains.   Also central in Mike’s life are the sons and daughter in laws, Mike, Rick, Michele and Butch …and his faithful and loving dog, Maddy girl.

Mike was preceded in death by his parents, his wife, a daughter his brother and a great granddaughter.  He will be so very much missed but was so very well loved and will be so fondly remembered.  A well lived life leaves a lasting impression on everyone it touches…….The life of Mike O’Melia has so impressed us all.

May the road rise to meet you,

May the wind be always at your back

May the sun shine warm upon your face,

May the rains fall softly upon you,

and until we meet again,

May God hold you ever gently in his hands.

To order memorial trees or send flowers to the family in memory of Michael O'Melia, please visit our flower store.