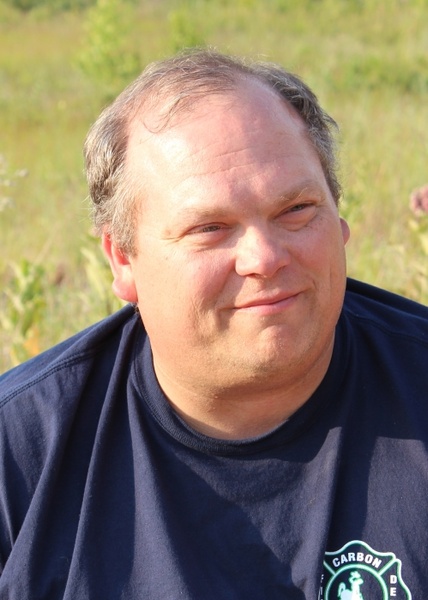 Michael Wilder of Rawlins, Wyoming, passed away in the line of duty on Saturday, January 11. Wilder, a paramedic with the Wamsutter EMS, was responding to a call when he went into cardiac arrest. Despite the best efforts of his first-responder family, he was unable to be revived. He was 51.

Mike was born in Tawas City, Michigan, on August 23, 1968. His family moved to Evart, Michigan, where he graduated with honors from Evart High School. As a teenager, he was an Eagle Scout, a drummer in the marching band, and played for the high school football team. He was also active in the youth organization DeMolay, serving in the role of Master Counselor for his chapter, as well as several state-wide positions.

Mike moved to Casper, Wyoming, in 1990 where he worked at a variety of retail jobs and as a high school football referee before moving to Rawlins to work as an installer for Charter Communications. During this time, he volunteered as a firefighter for the Rawlins Fire Department. His desire to help those in need led to a change in careers, receiving a degree in Paramedic Technology from Casper College. He joined the Emergency Services team at Memorial Hospital of Carbon County in 2014, moving to the Wamsutter EMS team in 2019.

Mike was a Freemason and in his free time enjoyed spending time in nature while geocaching, four-wheeling, and fishing. He was always quick with a joke, hated green vegetables, could belch on command, and did an uncanny impersonation of Kermit the Frog.

Mike is survived by his parents, Bill and Elna Wilder of Evart, Michigan. Also surviving him are his siblings Becky, Linda, Barb, and Mark, and his foster sister Mellisa.  Mike was also an amazing uncle to his nieces, nephews, grand-nieces, and grand-nephews, all of whom he loved to spoil. His family, as well as those who worked with him, will remember him as a loving and big-hearted man who was willing to do anything for the ones he loved.

A memorial service will be held on January 25th in the Fine Arts Auditorium at Rawlins High School. A scholarship fund is being established in his name for students in the Paramedic Technology program at Casper College. The family asks for donations to this fund in lieu of flowers. Donations can be sent to:

In Memory of Michael Wilder

To order memorial trees or send flowers to the family in memory of Michael Wilder, please visit our flower store.