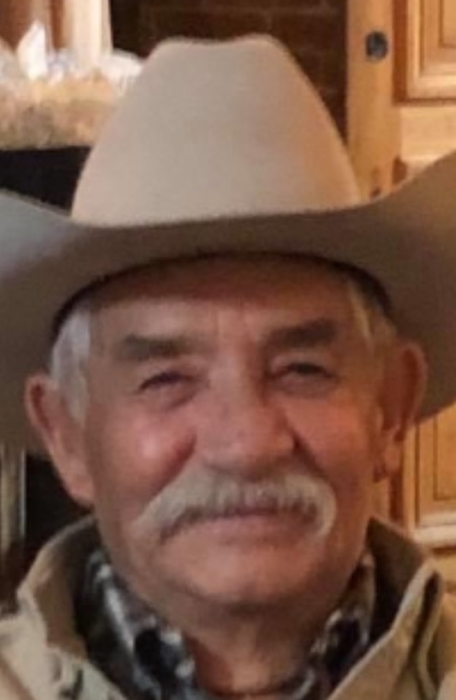 Onesimo “Onie” Gonzales, 90 years old, of Saratoga WY went to be with the lord on Friday, June 12th, 2020 and was surrounded by his family. Onie was born in San Luis Valley, CO to Adelia Martinez and Pedro Gonzales on February 14, 1930. He had 10 brothers and sisters. He is survived by his sisters Connie, Mary, Martha, and his brother Joe and is proceed in death by Bernadette, Marcella, Matilda, Casilda, Bertha, and his brother Gilbert.

He was married to Ernestine Medina for 26 years and had 7 children and 2 stepchildren. Mike (Debbie) Gonzales, Katherine Gonzales, Stan Gonzales, John (Christine) Gonzales, Pete (Linda) Gonzales, Tom (Nita) Gonzales, David (Deanna) Gonzales, Casey (Mike) Vaughn and Brian (Beth) Brooks. Onie was a preacher for many years with the Assemblies of God church and was always preaching the word of God and reading his bible. He worked as mason and foremen for Hensel Phelps Construction until his retirement. He married Sue Schultz on March 16th, 1997 and raised Jerriah and Joey Gonzales his grandsons who brought him great joy. Onie is survived by 36 grandchildren and numerous great-grandchildren.

Onie loved to fish and hunt with his family and friends, enjoyed family gatherings and fellowship with his brothers and sisters of the church. He was an avid outdoors man who loved to spend time in the garden and bird watching with his wife Sue.

Services will be held on Friday June 19th 2020 at 11am at Platte Valley Christian Community Center, 111 N 7th St Saratoga WY 82331. Flowers can also be sent to the same address.

To order memorial trees or send flowers to the family in memory of Onesimo Gonzales, please visit our flower store.