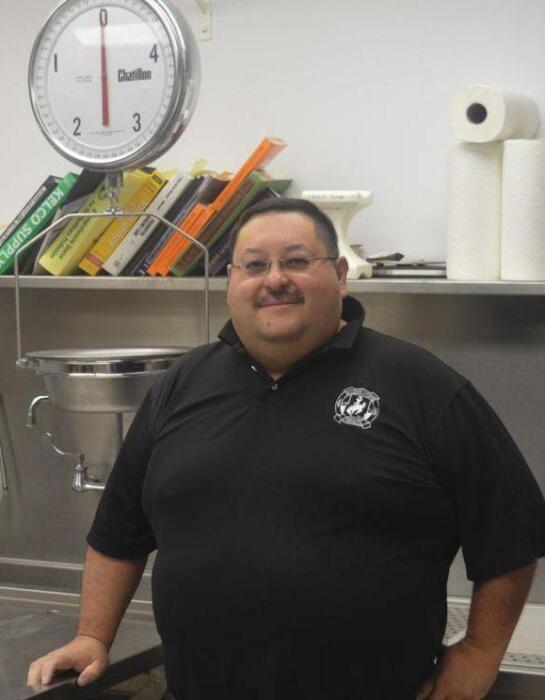 Paul retired on May 1, 2021, due to the trending of his illness, after serving 16 years as the Carbon County Coroner. At their May 4, 2021 meeting, the County Commissioners officially dedicated the new coroner's office at 4th and Pine streets, the Paul A. Zamora Coroner Building, in recognition and honor of 16 years of service to the citizens of Carbon County.

His motto was "Be their Voice". With no exception as to status of every individual, he stressed that everyone be treated equally. He lived daily by his standards, Loyalty, Duty, Respect, Service, Honor, Integrity and Personal Courage.

Paul considered it his greatest honor to serve the people of Carbon County and to have had the opportunity to work with a team of highly skilled individuals.

Paul Zamora was a Rawlins native and loved his community. He graduated from Rawlins High School in 1985. He enlisted and proudly served in the U.S. Army as a Combat Medic from 1987-1991, earning the Expert Combat Medic badge while stationed in Germany. He was re-called into active duty and is also a Gulf War veteran. While serving in the Army, he continued his education receiving a Bachelor's degree in Biology from the University of Maryland. After leaving the Army, he continued his education at California College, where he received a CRTT degree as a Respiratory Care Therapist. He continued his education earning degrees in multiple areas of the medical field. Paul was a natural teacher who loved to teach students in the medical programs at Rawlins High School, Western Wyoming Community College and Emergency Medical Technician training.

Throughout his career, he worked for Memorial Hospital of Carbon County from 1993 - 2001 as a respiratory therapist and Emergency Medical Technician. He went to work for the Rawlins Police Department as a dispatcher while also becoming the Carbon County Deputy Coroner. He maintained both jobs until he was elected Coroner in 2007.

Paul was an avid "History Buff", collecting military memorabilia from various wars. He had a display of memorabilia in his office that he was willing to share and give the history behind each piece. He could give you details from the Civil War from beginning to end and visited as many battlefield sites as he possibly could. Noting the decor of the coroner's office it is evident how important preserving local history for future generations was to him.

He loved spending time with his family whether it be camping, cooking, outdoor movie nights, playing Wreck-fest on his X-box with his nephews and grandson, playing bass guitar with his band Centerline, or just watching MASH reruns on his giant television screen. Spending time at his home in Elk Mountain with his children and grandchildren was a special time for him.

A Celebration of Paul's Life will be held on Friday, June 18, 2021 at 11:00 AM in the Rawlins High School Fine Arts Auditorium with Pastor Gary Gilbert officiating. Inurnment will follow at the Rawlins Cemetery full military funeral honors.

To order memorial trees or send flowers to the family in memory of Paul Zamora, please visit our flower store.