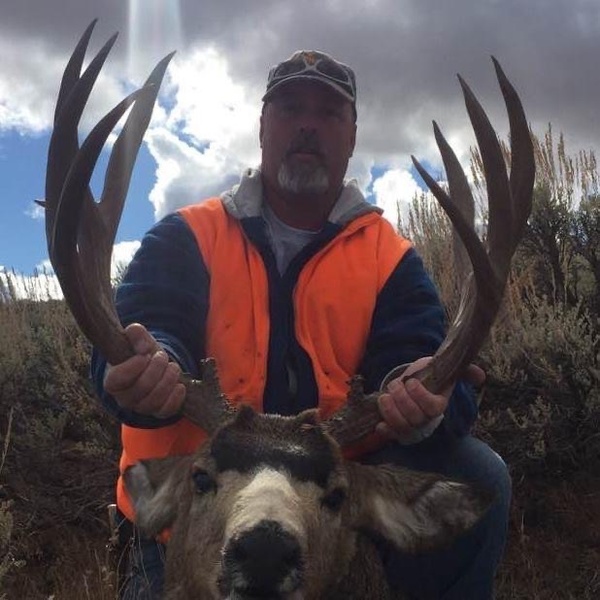 Rich passed away on July 8th. He will be greatly missed by many family and friends.

Rich was born on March 16, 1971, to Richard and Gale Schanck in Lander, Wyoming. He grew up in Bairoil and later moved to Rawlins. He graduated from Rawlins High School, attended Casper College, and Central Wyoming College. Rich’s grandparents Doris and Dick played a huge role in his upbringing, and he dearly loved him.

He proudly served in the United States Air Force and was stationed in Saudi Arabia and Korea. Rich humbly took great pride in being a veteran of our country.

During his career, Rich worked summers at his grandparent’s business, was an employee of the U.S. Postal Service, Union Pacific Railroad, and worked for Williams. Rich was a member of the of Elks Lodge.

Rich loved the great outdoors of Wyoming. He especially enjoyed hunting, fishing, and camping. He also enjoyed telling stories that went along with these activities. He loved to tease and joke around.

Rich was a man who deeply loved his family. He was a loving and devoted father to his son, Dallas, whom he would always call his “Baby Boy.” Rich played basketball in high school, and he loved watching his son play. He traveled all over the state, cheering him on. Spending time with family and friends was his favorite thing to do. He always put others first.

KK (Renata) was Rich’s fiancé. He asked KK to marry him in German. KK and Rich loved doing everything and nothing together, as long as they were together. Recently, Rich left the boundaries of Wyoming to go on an ocean adventure with KK. He loved their deep-sea fishing activity. Although Rich was a quiet man, he had some great belly laughs on this trip.

Rich was an avid Dallas Cowboys and Wyoming Cowboys fan. He never veered from his fan loyalty to these teams. He also had a special bond with his dog, Griff. Rich was teased as being a dog whisperer.

Rich is survived by his son, Dallas, his fiancé KK, and her daughters Haley (Neil), and Karley, his grandmother Doris, his father Richard and stepmother Jen, his mother Gale Dhamers, his brother Quintin (Audrey), his stepbrother Matt, his half sister Darla, and many nieces and nephews. He was “Uncle Richie” to them all. He also leaves behind his best friends Shhon and Melissa.

A celebration of life will be held on Friday, July 15th, at the Elks Lodge. We are inviting guests to wear Dallas or Wyoming Cowboy colors.

In lieu of flowers, donations in Rich’s honor can be made to the Elk’s Christmas Angel tree program.

To order memorial trees or send flowers to the family in memory of Richard R. Schanck, please visit our flower store.