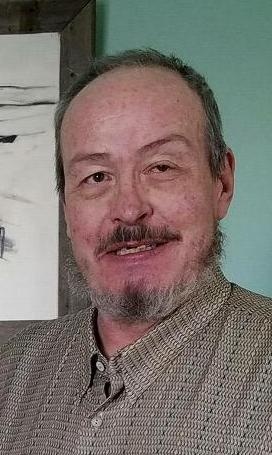 The three things that brought Rion the greatest joy in life were his children, enjoying the outdoors with family and friends and having a furry companion at his side.

Rion lived in Rawlins his whole life, graduating from Rawlins High School in 1975 and Central Wyoming Community College in 1980 with an Associate Degree involving electronics and marketing. His career was working long term at Murray’s, the family business, as manager of the audio department and systems installer.  He attended the Consumer Electronics Show in Las Vegas each year to explore the latest and greatest new technology in audio electronics, taking classes on installation and then bringing those new technologies to Wyoming through ordering and installing components in vehicles, homes and businesses. He held Professional Certificates from many electronics manufacturers. Later Rion worked as a cook and then a maintenance manager for Best Western Hotels and then at a federal landfill in Wamsutter.  In 1978, Rion, along with his brother Darren, enjoyed his dream job.  They were paid by the US Geological Survey to ride motorcycles from Kearney, Nebraska to Green River, Wyoming, cross country collecting soil samples, mapping water courses, and verifying corner markers while also camping and fishing all summer long.  He left the workforce in 2012 due to disabilities and damaged eyesight.

As an avid outdoorsman, motorcyclist, snowmobile racer and a fine, self-taught chef - be it BBQ, Dutch Oven or Wok, he thrived on good food and great friends and loved to entertain.  He was also a skilled and dedicated hunter who always ate what he harvested and shared generously with friends while amassing a fine collection of tested recipes. A favorite activity was camping with his children, family members and friends, where he usually volunteered to be the camp cook.

Rion was an ace cribbage player and was a multi-time champion in the Carbon County league. Along with his family, Rion volunteered with the professional prospecting team from the Field Museum of Chicago and helped excavate many paleontological sites in Southern Wyoming. Many of the discoveries are now part of the permanent collection at the Field Museum in Chicago.  Additionally, one of the proudest moments of Rion’s life was the public acknowledgement of his discovery of a unique, previously undiscovered early man Atlatl projectile that is now in a museum.

Of interest is the fact that Rion started and ended in the same location; having been born in the nursery of the old Carbon County Memorial Hospital, now Cathy Gardens Apartments, and his last residence was in an apartment there, where once the nursery stood.

Rion chose to be cremated with his ashes to be scattered in several favorite country spots and requested that a wake be held. Since those places that cannot be accessed, nor can friends and family gather in winter, Rion’s family is planning a Celebration of Life to be held this summer in Rawlins to be followed by the scattering of his ashes. The date and time will be announced in advance of the Celebration.

In lieu of flowers Rion has requested that donations be made to:

Please note that your donation is in memory of Rion Daniels

To order memorial trees or send flowers to the family in memory of Rion Daniels, please visit our flower store.