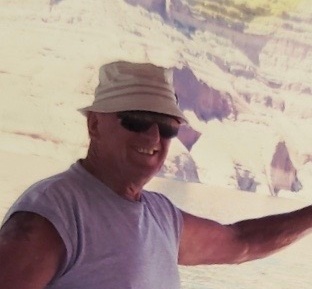 He had one brother and five sisters.

Following high school, Ron enlisted in the U.S. Navy and spent the remainder of WWII in the South Pacific.  Upon his return from the war, he hired out on the Union Pacific Railroad in Rawlins, Wyoming as a fireman and then later promoted to engineer.  He approached every job he had with enthusiasm and happiness.

On June 3, 1949, he married his lifelong sweetheart, Cleo Bringhurst.  He got married on his birthday, so he would never forget his anniversary.  They were married for 70 years.  Cleo preceded him in death by three weeks.  He was totally devoted to her and took good care of her for as long as he was able.

Ron greeted each day with a renewed sense of optimism.  His whistling could be heard by many of the neighbors as he worked in his garden and his yard.

He was a wonderful father and friend.  With his family in tow, he enjoyed hunting, fishing, boating, water and snow skiing, camping, and many other activities.

At Ron’s request, there will be a small family memorial at a later date.  In lieu of flowers or gifts, please make a donation to your favorite charity.

Until we meet again, Dad.

To order memorial trees or send flowers to the family in memory of Ronald Madsen, please visit our flower store.