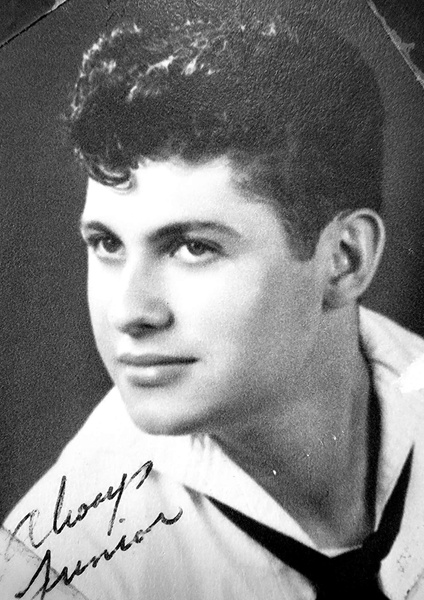 Rubel Muniz, Jr. passed away at his home surrounded by his loved ones at the age of 83 on June 21st, 2022, in Rock Springs, WY following a lengthy illness.

Rubel was born in Wheatland, WY on November 18th, 1938, to Rubel Muniz Sr and Anastacia Maestas. He grew up in Hanna, WY and later married the love of his life, Rose Muniz (Montoya) in Rawlins, WY on July 20th, 1979.

He served in the United States Navy for 22 years, 20 of those as active. He was stationed in Pearl Harbor, San Diego, and Okinawa Japan. Rubel served on the USS Ogden as a Radioman and served through the Vietnam War. After retiring from the Navy in 1977, he worked at the Wyoming State Penitentiary in Rawlins as a jailer before moving to Rock Springs to work for the Jim Bridger Power Plant where he retired a second time after 18 years.

He was a proud member of the VFW and achieved many awards and certifications through out his life, one of those being his Shellback. Being very proud of the languages he learned overseas, he was always ready to teach what he knew to his grandchildren and great grandchildren. He really enjoyed fishing, hunting, camping, cracking jokes, playing pranks, listening to Spanish music and old school country music, going to the Senior Center with his wife to visit with their friends, watching old westerns and Spanish shows, his animals, and fixing things. Rubel had a solution for everything and made the neatest contraptions!

To order memorial trees or send flowers to the family in memory of Rubel Muniz, Jr., please visit our flower store.