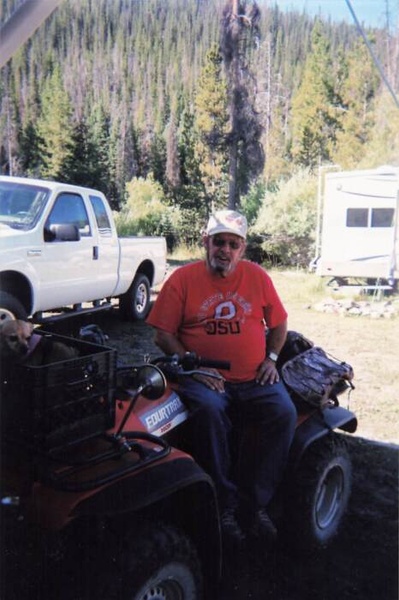 Sheldon (Frenchy) DeVilleneuve, age 73 of Rawlins, Wyoming passed away on Tuesday, November 2, 2021, at the Memorial Hospital of Carbon County.

He worked in the coal mines in Hanna, WY until moving back to Rawlins in 1976. Sheldon served in the Army from 1967 to 1970 with an Honorable discharge. He was best known as Frenchy to all his friends, especially his best friend and brother-in-law, Sam Lawson. Sheldon was currently employed at the Memorial Hospital of Carbon County at the time of his death.  Sheldon enjoyed camping, 4-wheeling, and all the family gatherings. He also adored his chihuahua, Ginger.

He is survived by his wife Dory of 49 years; daughter Elizabeth DeVilleneuve of Casper, WY; stepdaughters Sandy (Larry) Weickum, Tammy (Dave) Hejduk and Jannell Gilson all of Rawlins and Pam (Russell) Waldner of Saratoga, WY; 8 grandchildren; 13 great-grandchildren and 2 great-great grandchildren; sisters Cecil of Sturgis, SD, Joyce of Apache Junction, AZ and brother Robert of Maine. He was [receded in death by his parents, and sisters, Elenor, Delores and Ruth.

A private service will be held at a later date.

To order memorial trees or send flowers to the family in memory of Sheldon (Frenchy) DeVilleneuve, please visit our flower store.