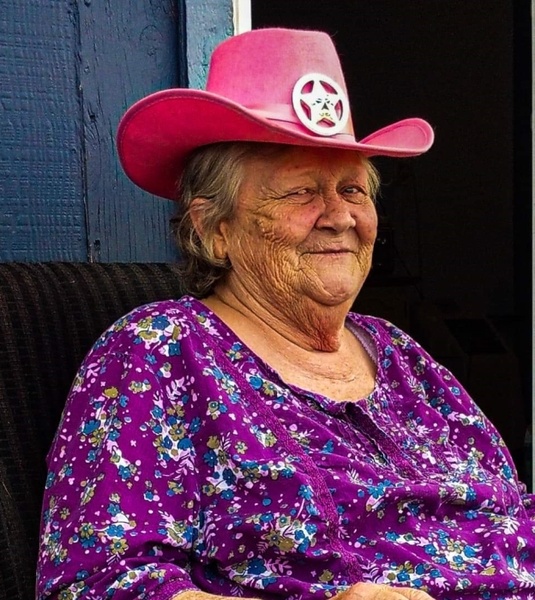 Susan Heberling resident of Hanna, Wyoming, passed away on February 15, 2020 at the Wyoming Medical Center in Casper, Wyoming. She was born on March 1, 1951 in Longmont, Colorado. She graduated high school in 1969. After high school she worked in several factories in Colorado. She married Donnie Heberling on December 4, 1974. Her first daughter Carrie was born shortly after on June 3, 1975 followed by her second daughter Stacy who was born on August 22, 1976. Susan and Donnie moved to Wyoming in 1976 where she later worked as a C.N.A. Susan loved to crochet, cross stitch, and recently took up diamond painting. In younger years she loved fishing and camping. She was also an amazing cook. Her happiest times were spent with her daughters, granddaughters, and great granddaughters. Susan was the best mother, grandmother, GG, wife, and friend anyone could hope for. She was the kindest, most big-hearted person you could ever meet and was always there for anyone who needed her no matter how long she had known them. She was often very stubborn but had the best sense of humor. You knew she liked you if she picked on you or helped you poke fun. She will be greatly missed by: daughter Stacy Hyde; Stacy's boyfriend Kit Stephens to whom she grew close to in a short period of time. Her Grandchildren Keela Heberling - Wallace; Keela's husband Joshua Pflieger; Tonya Culligan; and Kodi Penrod. Her great granddaughters Alayna Bergeron; Traeh Pflieger; and Alexis Pflieger. Her fur babies Toby, Chloe, Riley, and Olaf. As well as many others who viewed her as mom or grandma. She was preceded in death by both of her parents; her husband Donnie Heberling; daughter Carrie Garner; and great granddaughters Shyla and Michelle Baker. There will be a memorial held at a later date for both Susan and her daughter Carrie.

To order memorial trees or send flowers to the family in memory of Susan Heberling, please visit our flower store.