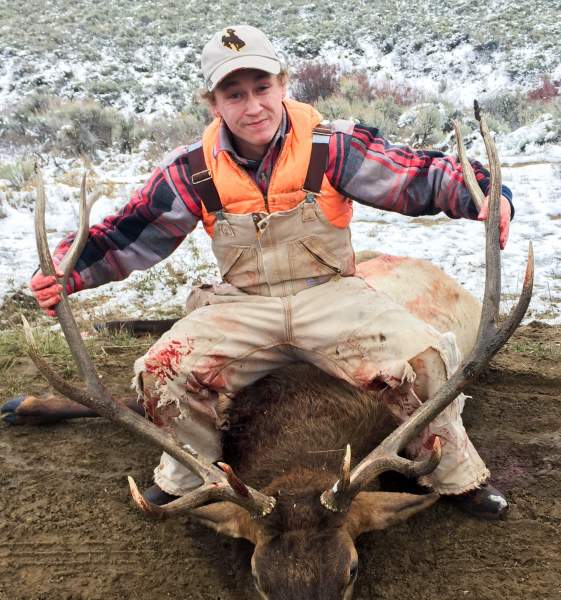 Tanner Nicholls passed away very unexpectedly but peacefully in the comfort of his bed on September 1, 2022, in Rawlins Wyoming at the age of 29.  Tanner was born in Lander Wyoming on October 22, 1992, to Donald Nicholls and Pamela Nicholls (Griffin).

Tanner leaves behind his daughter Mera Nicholls, parents Pam and Don Nicholls, big sister Abby Bergquist (Griffin), brother-in-law Josh Bergquist, one niece Brinley Green-Griffin, and two nephews Conner Green and Jaxson Bergquist. Along with Tanner’s immediate family, he is survived by multiple Aunts, Uncles,  cousins, and second cousins. Family was more important than anything to Tanner, no matter how close or distant. Tanner would go out of his way and do whatever it took to make sure he could attend as many family reunions, weddings, graduations, or any other family gatherings that he could.

Tanner graduated from Rawlins High School, followed by a year of college at Northwest College in Powell Wyoming working towards a business and music degree. During his Middle and High School career, he tried out a variety of sports. He played Football and joined the Track Team in Middle School. In High School he did one season of Diving. He was on the Tennis Team for all four years of High School. He was a big advocate for Rawlins to sanction boys’ soccer. Soccer was finally sanctioned for his Junior and Senior year. Throughout High School, he loved to skateboard, and spend summer nights with his friends at Washington Park.

To say that Tanner loved music, would be an understatement. Music consumed him. No matter the time period or genre, he appreciated any and all music.

As a Wyoming native he loved to go hunting, fishing with his Dad. He and his Dad never missed a hunting season together. He enjoyed any and all outdoor activities. He loves just being outside spending time with family and friends.

He will be missed by so many. He always did his best to put a smile on a complete strangers’ face. No matter where he went, he would instantly make a new friend, any friend he met was a friend for life. Tanner was someone who could always cheer you up if you were down. He had a bright spirit that shined on everyone around.

To order memorial trees or send flowers to the family in memory of Tanner James Nicholls, please visit our flower store.