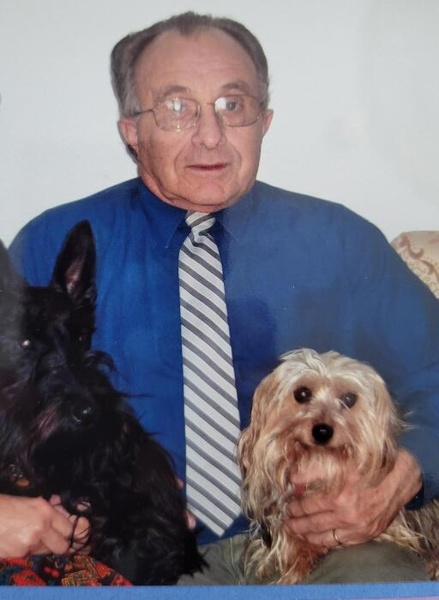 Terry Louis Schisel of Rawlins, Wy. passed away on 02/24/2022 at the age of 79 following a short battle against brain cancer. Terry was born on March 5, 1942 in Polar Township, Wisconsin to Raymond and Erma (Piper) Schisel.  Terry was educated in Antigo, Wisconsin and was the eldest of 7 children.  Terry joined the United States Army in 1959 at the age of 17 and served his country as a tank crew member for 3 years. Terry spent the bulk of his service posted in West Germany including being posted at Checkpoint Charlie during the building of the Berlin Wall.  After discharging in 1962 with the rank of Sergeant, Terry brought his mother and siblings to Hanna, Wyoming to join his father who had moved West for work.  Terry worked in a sawmill and then met his future bride in Hanna, Wy during the Summer of 1963.  Terry married Sharon Weber from Casper, Wyoming on Oct. 7, 1963 and they soon moved to her hometown.  In Casper, Terry was employed with Hilltop Bowl while obtaining his G.E.D and then attending Casper College and they were blessed with a daughter and a son. Terry then worked as a heavy equipment operator for Getty Oil in the uranium mine in Shirley Basin, Wyoming for several years.  Terry then worked 11 years working for Northern Utilities and moved to Rawlins, Wyoming due to a promotion.  After being laid off yet again in the energy industry, Terry embarked on his last career with the Wyoming Department of Corrections.  Terry retired as the Facilities Maintenance Manager with the Wyoming State Penitentiary in 2004 after 18 years of service.  Terry and Sharon then spent several years traveling in their motorhome before illness forced them to remain closer to home.

Terry enjoyed many hobbies including: hunting and fishing, camping, working with stained glass, and building computers.  Terry was an avid fan of the Green Bay Packers and Wyoming Cowboys football teams.  Mr. Schisel was preceded in death by his parents, 5 siblings, and numerous aunts and uncles.  Mr. Schisel is survived by his wife of 58 years Sharon of Rawlins, son Daniel of Rawlins, brother David Schisel of Rawlins, daughter Theresa Heide of Wilson, NC, granddaughter Crystal Heide of Casper, Wy, granddaughter Kim Heide of Wilson, NC, as well as 3 great grandchildren. Also surviving Terry is his beloved Yorkshire Terrier Tuffy.

Private graveside services will be held.

To order memorial trees or send flowers to the family in memory of Terry Schisel, please visit our flower store.