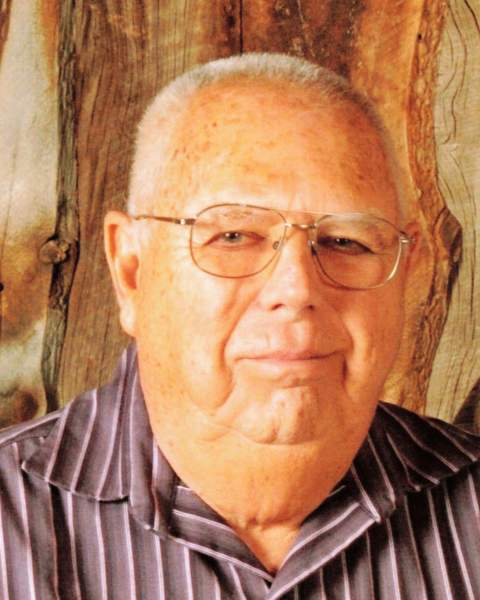 Wade Joseph Perkins was born January 15, 1927 in Eldora, lowa to Jesse and Emma (Dedrick) Perkins. He was educated in Eldora schools, and joined the US Navy in 1944, serving until 1946.  He married lone Sanders Dec 4, 1949 and lived in the Eldora area. Wade enjoyed time spent camping, fishing and hunting with family and friends. He was employed at O’Briens Chevrolet for many years as a mechanic, becoming nationally certified in 1973. In 1977 he moved to Rawlins, Wyoming to work with his brother, Bob Perkins where he managed Perkins Conoco service station and later the convenience stores.

After retiring at age 69, Wade and Ione enjoyed traveling around the country visiting old and new friends and seeing new places. After settling into Yuma Arizona for winters Wade worked part time at a glass shop there repairing and building stained glass windows and art creating many beautiful pieces. Some of his work won recognition at the Carbon County Fair. He also enjoyed building and flying remote controlled airplanes in Rawlins and Yuma.

To order memorial trees or send flowers to the family in memory of Wade Joseph Perkins, please visit our flower store.