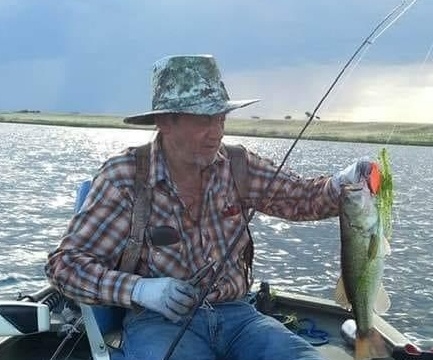 William Dean Howell 79, of Rawlins, WY passed away at his home on December 5, 2020. Dean was born in Ash County, NC on March 1, 1941 to Bryan and Dwade (Coe) Howell. He joined the Army and served during the Vietnam War. Returning home and marrying his first wife Betty, where they had three beautiful children. Later, in life Dean made his way to Wyoming and then Nevada and back to Wyoming where he and his wife Kate would have three more beautiful children. Dean and Kate settled into Rawlins in 1992 where he took a driving position with the Sinclair Refinery Trucking Division. He drove for Sinclair until his retirement in 2003. Dean loved to drive truck just as much as he loved being in the mountains or on the lake.

Dean loved his weeklong fishing trip with his best buddy Ron, those two would spend the week up at Bass Lake near Riverton, WY where they would spend hours on the lake catching many fish and bickering at each other along the way. Dean also loved going to Baggs, WY and spending as much time as he could with his nephew Matt and his family. Dean always made sure to talk to his children as much as he could and check on all his grandchildren. Besides hunting and fishing he loved working with wood and building new things or even refurbishing them.

He was proceeded in death by his parents Bryan and Dwade Howell, his sisters Desi Sadler, Mary Goodman, and brothers Robert “Bobby” Howell and Johnny Howell.

His services will be held later in June so that all of his children, and grandchildren will be able to make it.

For donations, please plant a tree, or donate to the Wyoming Game and Fish.

To order memorial trees or send flowers to the family in memory of William Howell, please visit our flower store.