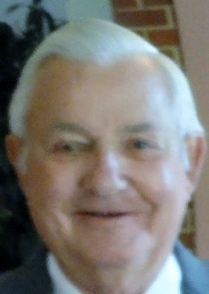 William Dean Parsons, 80, passed away in Central Wyoming Hospice on January 7, 2020 following complications from a stroke.  He was preceded in death by his parents, William Harry Parsons and Ida Martha Hammell.

Bill was born in Wheatland, Wyoming. He spent his childhood years in Wheatland,  Caldwell, Idaho and Laramie, Wyoming.  After high school and  marriage to Barbara in Laramie, he was in the United States Navy from June of 1956 to January 1960 where he was a highly classified, guided missile technician.

He graduated from the University of Wyoming and later received his Masters in Mathematics from Washington State at Pullman Washington.

Bill taught math, was the department chair and instituted the computer program at Rawlins High School from 1964 until 1997, where he was an advocate for girls’ education. He was proud that he had math classes with equal numbers of boys and girls.  He instilled a love of math into his students and many chose mathematical careers.

Bill and Barbara built their Rawlins home in 1966 and have lived there since.

Bill enjoyed a life time of outdoor activities with his best friend, wife Barbara. Together with their family they built a traditional log cabin in the early 70’s. Family and friends have accumulated many memories there.  Additionally, they spent their lives  exploring the Wyoming out of doors where they enjoyed hunting, fishing, mycology, and learning about the plants and critters that live here.  Bill and Barbara also took trips to Canada, Alaska, Mexico, Australia and New Zealand.

Bill was very skilled in mechanics and electronics. He was an avid reader and duplicate bridge player, achieving his life masters.

A celebration of Bill’s life will be held later during warmer weather.  In lieu of flowers a Bill Parsons Math Scholarship Fund is being established.  Send contributions to 319 W. Larsen Street, Rawlins, Wyoming 82301.

To order memorial trees or send flowers to the family in memory of William Parsons, please visit our flower store.