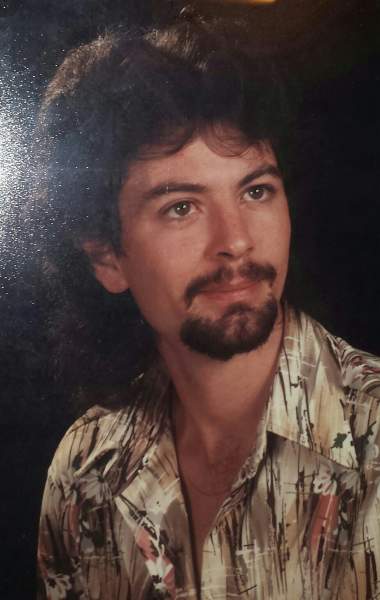 William Chris Pepergias IV, aka "Goofy" or "Fritz the Cat", a lifelong resident of Rawlins passed away at the age of 51 at his home on August 4, 2015 . His cause of death is not known. He was born on September 19, 1963 in Casper, WY to Sharon L. Caster and Chris Pepergias, III. He married Kathy King Pepergias on October 27, 2002. Between the two of them they had 12 children. Chris was friendly to everyone even in passing. Once you were his friend you were a brother to him. He loved all music, although KISS was his favorite Band. He loved fishing, playing video games, watching WWE wrestling, and his favorite football team, the Steelers. Chris was a free spirit. He is survived by his wife, Kathy Pepergais; mother, Sharon Monson; father, Chris Pepergias III; daughter Sarah Bright; and sons, Beau Wood, and Chris Campbell; sisters: Shelley (Dave) Hardy, Tracy (Richard) Robertson, Connie Thibodeau; brothers, Ike (Theresa) Brown, Kevin Monson, Gary Monson; and numerous nieces and nephews. He is also survived by seven step-children. Chris was preceded in death by "Dads", H. Dean Monson and Ike Brown Sr.; brother, Michael Monson; paternal and maternal grandparents; nephew, Jason Monson, sister, Shirley Monson, brothers, Painter and Pete Mascarenas; cousins, Steven Heady, Cheri Caster, Dallas McDonald, and son, James O'Hara. Pallbearers include his father, Chris Pepergias III, brother, Ike Brown, and Amos, Eli, Gilbert, and Travis Trujillo.

To order memorial trees or send flowers to the family in memory of William Pepergias, please visit our flower store.